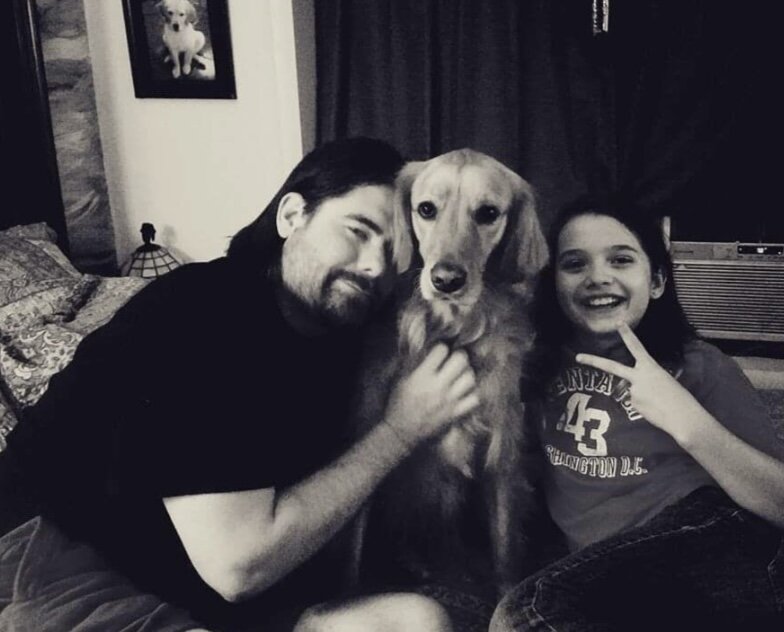 Born in Stoneham, MA to parents Kenneth and Valerie (Mitchell) Ironside, Benjamin was the sixth of what would eventually be seven children in a large and loud family that lived in Hamilton, MA, Bloomfield, NJ and Upper Darby, PA.

He traveled the world working for Carnival Cruise Lines, played the drums with various bands in New York, Singapore and Vietnam, tended bar in Manhattan, became a pilot and was an instructor at ATP Flight School in Arizona before starting his own business, Don’t Forget the Pocket Strap, LLC with his wife and partner, Tina Gilks.

Benjamin enjoyed music and adventure. With a gift and passion for drums that began at an early age, he played with various musicians in many bands. A bold traveler, he visited exotic places and made friends everywhere he went. His quick wit and gift for impressions combined with his broad knowledge of the world to make him the funniest person that most people have known. Ben relished in his role as pet caregiver, giving each of his “kids” a clever name and happy existence.

Benjamin had a quiet, yet intentional way of helping others. In lieu of flowers, hang a neighbor’s television, fix their wheelchair, say hello to their dogs, befriend their children and seek to make life easier for another person.

Share Your Memory of
Benjamin
Upload Your Memory View All Memories
Be the first to upload a memory!
Share A Memory