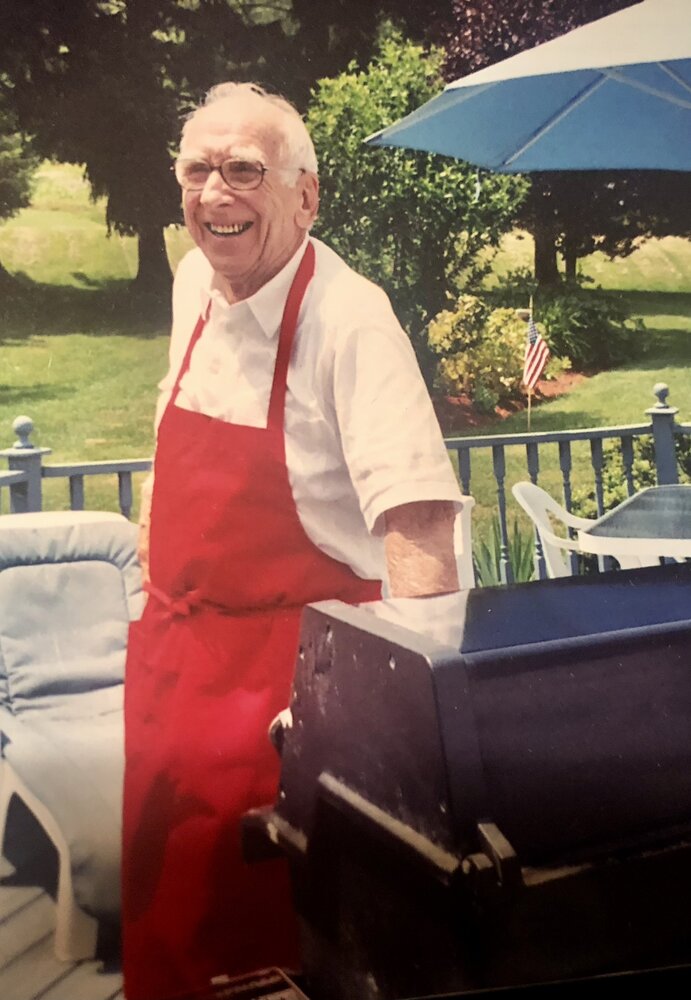 Born in Mendham, New Jersey, to parents Andrew and Elsie (Beresh) Pierson, Tim was a lifelong Mendham resident, graduating from Morristown High School in 1943. He served in the United States Army from 1943, just after graduation, to 1946. He attended basic training at Camp Ellis in Illinois before being stationed in Europe. Tim was a proud veteran of World War II.

Tim was very involved in his community. He coached St. Joseph Jr. CYO Basketball, Mendham Little League and Senior Babe Ruth, Jack Kroft Senior Babe Ruth, and was a part of the Mendham Boro Recreation Department from 1964 to 1976. He received Man of the Year Award by the Jaycees in 1971, and was an honorary member at the Pastime Club, a life member of the National Association of Retired Federal Employees, President of the Hilltop Cemetery Association, Grand Marshall of the 2001 Labor Day parade, and was an usher at St. Joseph Church for over 50 years. He retired in 1980 as Postmaster of the Brookside US Post Office.

Share Your Memory of
Timothy
Upload Your Memory View All Memories
Be the first to upload a memory!
Share A Memory