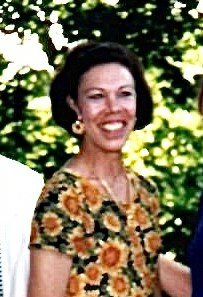 Born and raised in the St. Paul, Minnesota area, to parents George Raymond and Maxine Charlotte (Dolzer) Nightengale, Nancy graduated from the University of Minnesota and Hamline University School of Law. After a successful career, she closed her Minnesota chapter and moved to the East Coast to be  near her daughters and their families. Nancy enjoyed golfing, reading crime and mystery novels, and  doting on her grandkids and granddogs. Hockey was her alter ego. She was often heard wildly cheering on her favorite Minnesota teams: Gophers, Wild, and any high school hockey tournament she could find televised. Vikings football came in a close second.

Nancy had an innate sense of fairness, which led her to be one of the select few who initiate change. She became one of the first ‘single-parents’ in the state of Wisconsin allowed to foster children; she was especially sought out to foster troubled teenage girls who consistently ran away from previous foster homes. As one of the oldest graduates in her Hamline law school class (age 40), she was also in the small 20% pool of females in that same class. In the early 1980’s, Nancy established one of the few solo female law practices in the Twin Cities, and specialized in complex family law litigation. Integrity was another strong trait of Nancy’s. It guided her acceptance of a case, and made her a formidable adversary in the courtroom.

Nancy is survived by her daughter Christine (Robert) Strobel, son-in-law Richard (Kimberly) McCarthy, sisters Sally Anderson and Laurie (Alan) Anderson, brothers Donald (LeAnn) Nightengale and Gene (JoNell) Nightengale, and grandchildren Cailin and Megan Strobel, and Adeline and Matthew McCarthy, as well as many nieces and nephews. She is predeceased by her daughter, Elizabeth Lee McCarthy.

Visiting hours will be held on Saturday, February 19, 2022 from 10:00-11:00AM, at Acacia Park Cemetery Chapel, masks required, followed by a private celebration of life service and internment. (2151 Pilot Knob Road, Mendota Heights, MN 55120, 651-452-1555). In lieu of flowers, for those desiring, donations in Nancy’s memory may be made to:  Dana Farber Cancer Institute,  www.dana-farber.org; Mendham First Aid Squad,  www.mendhamfirstaid.org; National CASA/GAL Association for Children, www.nationalcasagal.org [volunteer court-appointed special advocates for children].

Share Your Memory of
Nancy
Upload Your Memory View All Memories
Be the first to upload a memory!
Share A Memory