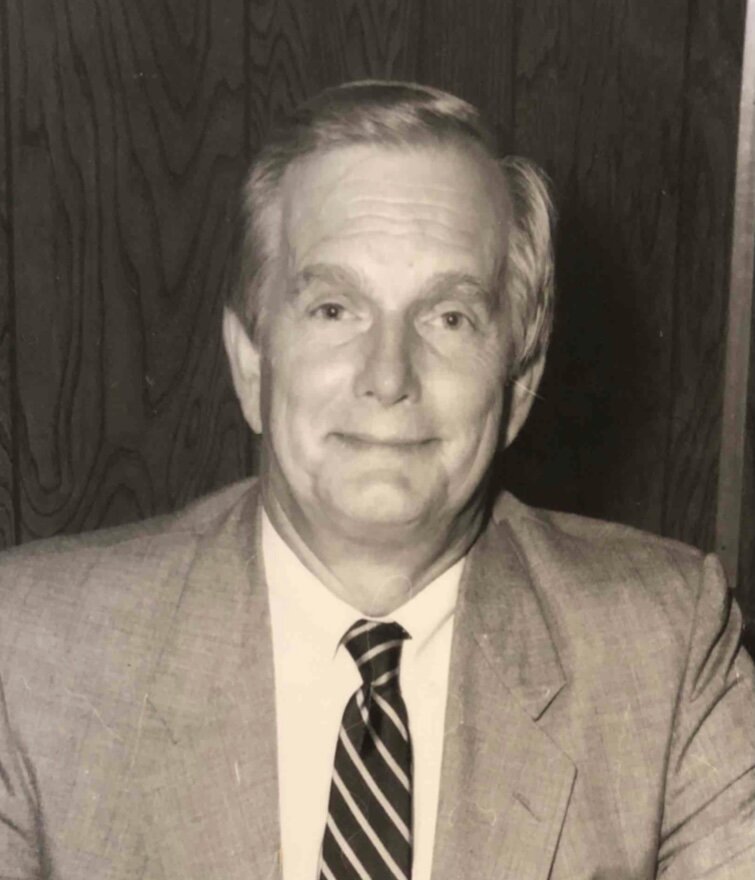 Obituary of Michael A Ackerman

With heavy hearts but boundless love and appreciation, the family of Michael Albert Ackerman announce the November 18th passing of their wonderful husband and father at the age of 85.

Born in 1936 in the shadow of Bethlehem Steel, Mike attended local parochial schools and spoke glowingly of his football days at Allentown Central Catholic.  He was the first of his family to attend college, graduating from Moravian College in 1957 while working nights at the steel mill to cover his tuition.

While Mike’s boyhood love may have been a 1953 Chevrolet, a bond that saw him purchase and restore a similar model later in life, it was his everlasting love for his wife Peggy, that served as the foundation for all that would follow.  Introduced while he was still in college and she at nursing school, Mike and Peggy married October 10th, 1959, a hotel receipt of $11.44 for their honeymoon night in Harrisburg, PA memorialized in a family scrapbook.  Slim and chiseled, Mike had found his life partner.

Enlisting into the Army right out of college with a stop that included Colorado Springs where they welcomed their first born, Mike was honorably discharged from his service in 1961 and began a career in insurance.  The couple built a home in Avon, CT where Peggy blessed him with four more children.  Rising through the ranks at Connecticut General, Mike was soon recruited away to join Mutual Benefit Life in Newark, NJ for a 15+ year career that saw him become Sr. Vice President, positions he would also hold at FIRF,  ING, and Michael K. Farrell Associates in subsequent stops.  During this time, he and Peggy would settle in Mendham, NJ, add their 6th child and create an active and involved relationship with the local community.

Spiritually, Mike attended St. Joseph’s Catholic Church and was an active member of the Knights of Columbus.  As a young professional, he would help establish the Mendham chapter of the Jaycees to support the growth of area businesses.  With this perspective, he decided to enter local politics, elected first to the Mendham Borough Council, and soon after, as mayor for three consecutive terms from 1979 – 1990.  He was proud that during his tenure taxes never increased, committed to the principles that a small but efficient government could improve the lives of its constituents.  So appreciated was Mike for his stewardship, the Borough Council appointed him to finish the tenure of a departing mayor from 1996 – 1998.  All during these years Mike was an honorary fireman and member of the Pastime Club, staying late to play cards with Mendham’s first responders and volunteering at the food pavilion for the annual Labor Day festivals.  One of his greatest pleasures was leading the parade at those Labor Day events, initially in an antique convertible and later in his polished ’53 Chevy.

Mike coached Little League and later was a great fan of Mendham High School sports where his kids attended.  He cheered on the 1976 state champion football team, was recognized as a founding father of the 1983 inaugural school lacrosse program and honored the 1985 undefeated state champion softball team with a formal proclamation during his mayorship.

It was perhaps his greatest sports highlight that, after years of frustration, his beloved Philadelphia Eagles football team finally won the Super Bowl in 2018.  No longer was he resigned to his tombstone reading “It was the Eagles that did this to me!”

Later in life, Mike enjoyed golfing as a member of Mendham Golf & Tennis and skiing in Telluride.  He and Peggy traveled the world with stops throughout Europe, South America and Asia.  They were most proud of their 6 children, 20 grandchildren and first great-grandchild with whom for years “Poppop” was known as a master “true-true” story-teller who mapped out the best treasure hunts on the beaches of Lewes, DE.

Mike was a great man:  accomplished in his career, respected by his community and deeply, deeply loved by his family.  He will be missed.

Visitation will be on Tuesday November 23rd from 9:00 – 10:30am at Bailey Funeral Home, 8 Hilltop Rd., Mendham, followed by a 11:00am mass at St. Joseph’s Church, 8 W. Main St. Mendham.  After mass, internment will take place at Hilltop Cemetery, Mendham.  In lieu of flowers, donations to the Wounded Warrior Project, www.woundedwarriorproject.org/donate   can be made in the name of Michael A. Ackerman.