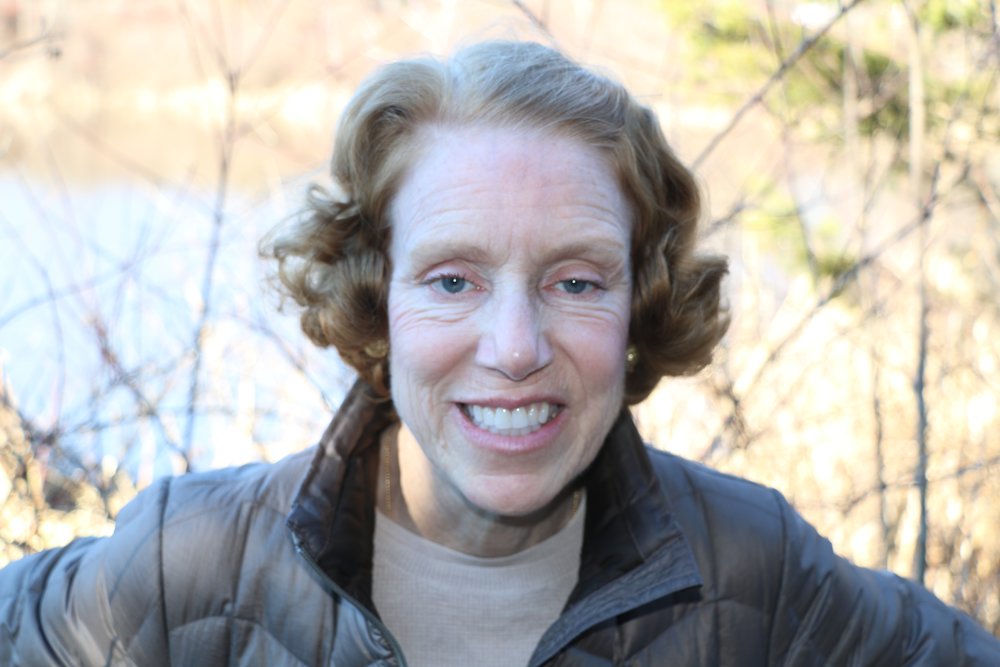 Karen Pretzer died at home, surrounded by her family, on November 28, after a long illness. She was raised in Fairview Park, Ohio, the daughter of the late Ken and Ann Pretzer. Her Catholic education began at St. Angela Merici in Fairview Park and Magnificat High School in Rocky River, Ohio. During high school, she was active in theater and dance, and her horizons expanded as she scored leads in many musicals at the local all-boys schools, St. Edwards and St. Ignatius. Upon graduation, she followed her cousins and enrolled at the University of Notre Dame, where she was in the second graduating class of women in 1977.

She majored in English and Fine Arts at Notre Dame. It was there she met her husband of 36 years, Peter Smith, in Professor Walter Davis’ Introduction to Literary Studies class. After being asked to coffee by Peter, their relationship blossomed at the Huddle snack bar in the campus student center over many BLT sandwiches and chocolate milkshakes. Karen then returned to Cleveland to attend law school at Case Western Reserve. She was admitted to the Ohio bar and worked as an editor at Banks Baldwin Legal Publishing, until resettling in New Jersey and becoming Director of Publications for the New Jersey Institute of Legal Education. Her critical eye and editing skills were later put to use reviewing homework assignments and papers for her daughters. Assignments were never finished until mom had signed off.

Simple, elegant, and of course pink, was her mantra for style, whether for clothing, home decor or party planning. Karen welcomed everyone into her home with her loving heart, bright smile, wit and conversation. She talked with friends constantly.

She was a fixture at her daughters’ school, St. Joseph’s in Mendham, where she directed school productions of Annie, Anything Goes, Bye Bye Birdie, Guys and Dolls and The Music Man and taught 7th grade English. She loved Broadway musicals and the music of Bruce Springsteen, Wilco, Tom Petty, Steve Earle, and Van Morrison, to name a few. Friday morning breakfasts were often spent planning a weekend concert or show to attend. For many years, Karen enjoyed family vacations in Newport and Block Island, which were planned around a visit to the Newport Folk Festival.

Karen was a voracious reader. Vacations called for careful planning of what to read and the packing of a separate bag of books. Over a meal or from her beach chair, she would happily and meticulously share details of plot lines from books she had read, replete with spoilers, often recounting the adventures of Jack Reacher and Alex Cross to an eager audience. By the time her monthly book club met, she had often finished 3 or 4 additional books.

Her faith was central to her life. As long as she was able, she attended daily mass. In recent years, she made pilgrimages with her husband to Rome, Assisi, Jerusalem, and Galilee, which brought her faith alive. Always polite and quick to smile, she was grateful and gracious, even when things got tough. “Beautiful” and “thank you” were among her favorite last words.

In addition to her husband, Karen is survived by her daughters Elise (Riley Orloff) and Allison (Tyler Krenek), sister Barbara Pretzer, and many nieces and nephews. Donations in Karen’s memory may be made to the Karen Pretzer Family Scholarship, c/o University of Notre Dame, Office of Development, 1100 Grace Hall, Notre Dame, IN 46556.

A Funeral Mass will be held on Friday, December 4, 2020 at 11am at St. Joseph Church, 6 New Street, Mendham, NJ.  To attend the mass virtually please click here

Share Your Memory of
Karen
Upload Your Memory View All Memories
Be the first to upload a memory!
Share A Memory
Send Flowers