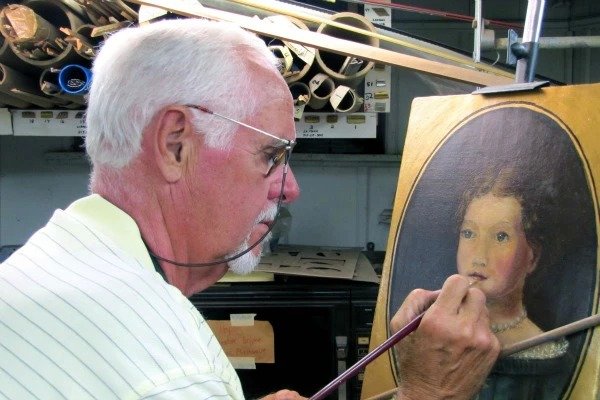 Obituary of Richard A. Moormann

Born in Morristown, NJ, to parents August and Gertrude (nee Johnson) Moormann, Richard lived in Parsippany, where he attended and graduated from Parsippany High School, before settling in Mendham nearly 30 years ago.

He attended and graduated from the Newark School of Fine and Industrial Art, while also enrolled in Arts Student League, Coopers Union, and the Riley School of Gray. After graduating, he continued to pursue his education in the art field at the Boston Museum School and wrote his thesis on Jackson Pollack at Baltimore University while operating the first Frame Center shop he opened in Lake Hiawatha, NJ, in 1963. His passion for art led him to expand his store in Lake Hiawatha to establish an art auction house and gallery, as well as opening a small gallery on Myrtle Avenue in Boonton.

Richard owned and operated Moormann’s Art Care on Main Street, Mendham, for 30 years. Some of his high profile work includes restoring photos for George H.W. Bush through a special process he invented, appraising work for the IRS for and against every major insurance company, serving as an American Advisor for the committee to restore the Sistine Chapel, as well as handling the largest collection of Currier & Ives artwork to be sold in the US to people like J.P. Morgan, Jaqueline Kennedy, and Malcolm Forbes, to name a few. He was active in both the Mendham and Lake Hiawatha Business Associations.

When Richard wasn’t restoring beautiful artwork or building custom gold leaf frames, he was an involved and active athlete. He was a talented golfer and loved baseball. He acted as a coach for PAL Little League for over 10 years, and was a big supporter of the Parsippany High School Booster Club, having had designed the Redskins mascot for the high school that was used for decades.

Richard is predeceased by his son, Christopher; he is survived by his beloved wife of 54 years, Audrey (nee Doyle) Moormann; his son Brian of Florida, grandchildren Taylor Paige and Drew Christopher, sister Judith Judge of California, niece Amber, and many friends who will miss him dearly.

Share Your Memory of
Richard
Upload Your Memory View All Memories
Be the first to upload a memory!