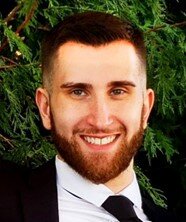 Gordon Hagan Nilson, son of Bruce Nilson and Lynne Hagan, was born on March 5, 1996 and died December 25, 2022 from an accidental overdose at his home in Hillsborough, NJ.

A precocious three-year-old, he loved biting sticks of butter then wrapping them back up to hide his eating adventure and returning them to the refrigerator with his tell-tale tiny teeth marks in them. Through Tenafly Middle School and Tenafly High School, from which he graduated, Gordon exhibited an entrepreneurial spirit that led him to start businesses and figure out ways to earn money beyond his allowance. He had a thriving online sneaker business and played competitive Twitch video games which audiences paid to watch.

Lately, in his free time, he spent time with a wide swath of friends, both online and off, socializing, playing Warhammer, video games, and passionately discussing politics and social conditions. He collected Warhammer pieces, Marvel Comics art, and athletic shoes.

Recently Gordon started his career in HVAC at Supreme Heating & Air conditioning in Middlesex, NJ. He enthusiastically enjoyed working with their team of professionals to solve HVAC challenges. His solutions resulted in emails from clients praising Gordon’s work.

As a result of adolescent onset of Crohn’s Disease, he endured many serious surgeries. He suffered much pain and lost several feet of intestines.  A few years ago Gordon was diagnosed with bipolar disorder and began taking several medications to control it. On December 18th, his best friend and roommate died from a heart attack. Grief stricken, Gordon did not sleep much for days. After Christmas Eve dinner with his mother he took additional medicine to help him sleep. The police said it was an accidental overdose.

He was a member of several Alcoholics Anonymous groups and advocated for their support in dealing with both narcotic and alcohol addiction.

Gordon was a fighter - open, funny and loving. Perfect? Not a chance. But he would bring his powerful Gordon energy to everything he did. He will be missed by all who were touched by that energy.

A service will be held to remember Gordon Nilson at St. John’s Episcopal Church 158 W High St, Somerville on February 18th at 11 AM. Donations to addiction recovery organizations and the Crohn’s & Colitis Foundation are encouraged in lieu of flowers.

Share Your Memory of
Gordon
Upload Your Memory View All Memories
Be the first to upload a memory!
Share A Memory