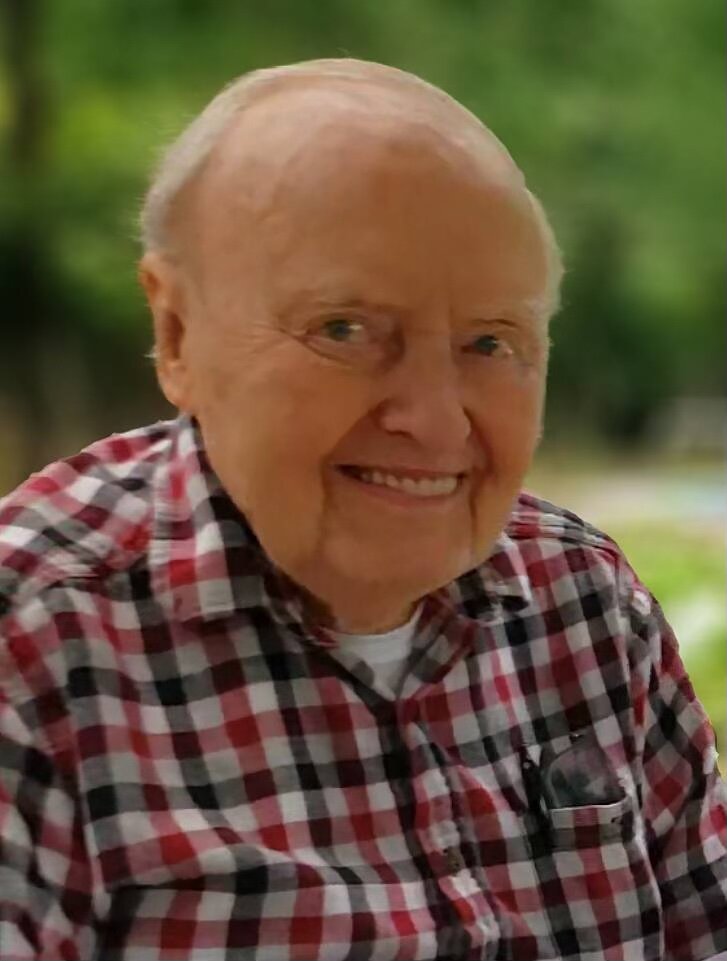 Visitation will be held at Bailey Funeral Home on Friday, September 30, from 4:00 PM to 7:00 PM. Funeral services will be held at the funeral home on October 1 at 10:00 AM.  Interment will follow at St. Joseph's R.C. Church, West Main Street in Mendham, NJ at 11:00 AM.  The family will be taking a memorial walk on Patriots Path immediately following the burial.  All are invited to attend.

Paul was born in Newark, NJ on September 10, 1925, and grew up on Dover Street with his parents Frederic and Cecilia (McCaddin) Ritger and with his brother Frederic and sister Marilyn.  After attending high school at Saint Benedict’s Prep in Newark, Paul enlisted in the US Navy and entered officer training at Dartmouth College in Hanover, NH and finished at Holy Cross University in Worcester, MA before shipping out to Japan at the end of World War II.  After the war Paul attended the University of Pennsylvania in Philadelphia, PA where he received his master’s degree in mathematics and his Ph.D. at New York University.  Paul first taught calculus at the University of Massachusetts and then at Stevens Institute in Hoboken, NJ where he co-authored “Differential Equations with Applications,” a calculus textbook, with Nicholas J. Rose.  Paul’s sister Marilyn introduced him to her friend Lorayne who married and started a family in Hoboken before moving to South Orange, NJ. In 1968 Paul moved to Mendham, NJ and joined Bell Laboratories in Whippany to work on US government defense contracts designing anti-missile systems and submarine tracking systems.  His travels would often take him to Iceland where he would stock up on native wool to bring home to his wife who would knit fantastic sweaters for family and friends. In his spare time Paul became an avid hiker and an outspoken member of Mendham Borough’s Environmental Commission for whom he mapped out the segment of Patriot’s Path that stretches through town. In 1986 Byram Township awarded Paul a citation for valor for pulling a teenage girl from a burning car. Paul spent some of his retirement years researching his family tree. Paul enjoyed world travel to places like Kwajalein, Wales, Iceland, Hawaii, Italy, France, and Germany.

Paul is pre-deceased by his wife Lorayne (Heiss) and his brother Frederic C. Ritger, Jr. Paul is survived by his sister Marilyn (Smith) (Burns), his two sons; Paul David and wife, Suzie Pierson of Freeport, ME, and Robert Charles and wife, Angela Gonzalez of Mendham, NJ, and by his two daughters; Nancy Alice Ritger and husband Mark Dindorf of Hart’s Location, NH, and Suzanne Cecelia Ritger and husband Joseph Pheifer of Red Bank, NJ. Paul is also survived by his nieces and their families as well as his grandchildren; Matthew Ritger of Woodsville, NH, Benjamin McCrave and wife Haley of Portland, ME, Davis Ritger of Portland, ME, Julia Ritger of Freeport, ME, Roberto Ritger of Irvine, CA, Rosaura (Ritger) Fox and husband Kai Fox of Arlington, VA, Amber Dindorf and Arran Dindorf of Hart’s Location, NH, and Aslyn Dindorf and husband Leo Moses of Boston, MA.

In lieu of flowers, donations can be made in Paul’s memory to Friends of the Great Swamp or to the charity of your choice.  Donations may be mailed to Friends of Great Swamp NWR, 32 Pleasant Plains Road, Basking Ridge NJ 07920.

Share Your Memory of
Dr.Paul
Upload Your Memory View All Memories
Be the first to upload a memory!
Share A Memory