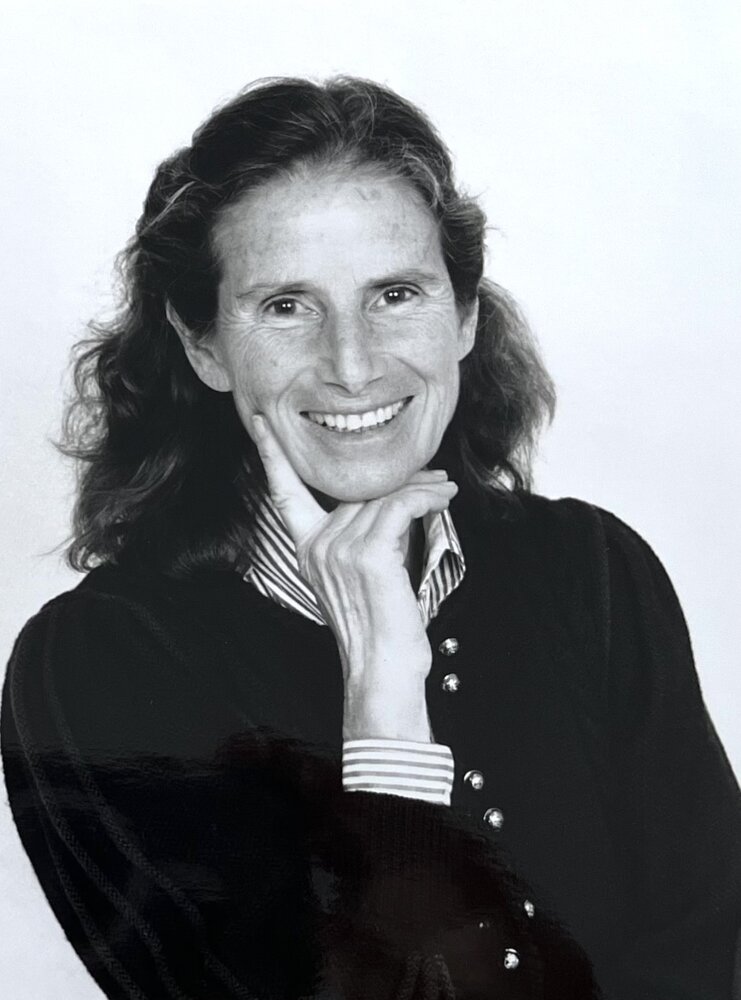 Christine Allen died peacefully at home in Miami, on May 27, 2022, surrounded by family.  She was born in 1935, in Chicago, to Dorothy D. Eweson and Philip E. Allen. Raised in New York City, she attended The Brearley School and Foxcroft, followed by the University of Geneva and Radcliffe College (class of 1956).

An explorer and iconoclast, Christine's adventures took her around the globe-- to the Sea of Japan, the north and south poles,  the Caucasus, Iran, China and to almost every country in Africa. She climbed the north face of the Matterhorn, participated in architectural digs in the Sinai and snorkeled with whales in Tonga. She spent summers in Maine with family, and resided at various times in New York, New Jersey, Virginia and Florida.  For more than a decade, she lived in the west of Ireland, where she rode Irish sport horses, designed and built her own home, and was Joint Master of the Galway Blazers (1986-1994).

A pilot, foxhunter, sailor, skier, and early hang-glider, Christine possessed courage and athletic grace in abundance, but lent her greatest energies to the life of the mind and to her friendships. She loved art, music, literature, and the sciences. A photographer herself, she was a patron of the Jupiter Symphony, hosted shows for artists from Georgia and South Africa, and supported the Frost Museum of Science.  She read constantly and maintained a vast correspondence; her letters and emails – lyrical, observant, and funny – were a delight. Never afraid to speak frankly, she was always generous with her time, resources, and insights.

Christine is survived by her brothers, Philip and Douglas Allen, by her children Martin Zetterberg, Anne Zetterberg, Dorothy Echodu, and Ted Caplow, and by twelve grandchildren. She was predeceased by her eldest son, David Peipers; and by her husbands, Harald Peipers, Hans Zetterberg, and Theodore Caplow.

Share Your Memory of
Christine
Upload Your Memory View All Memories
Be the first to upload a memory!
Share A Memory