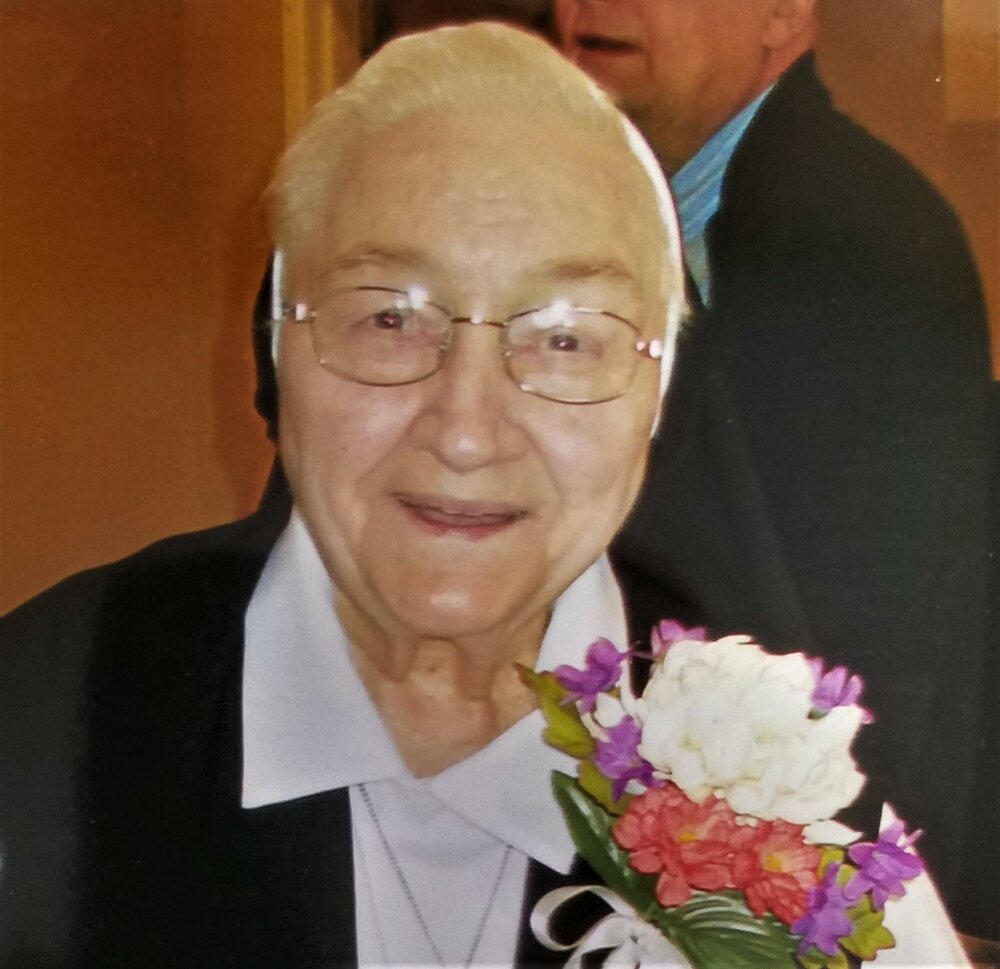 on Thursday, April 21, at the Motherhouse in Mendham, NJ.  Sister was 93 years of age.  Sister Mara was born on June 13, 1928, in Scranton, PA.  Sr. Mara was the last of seven children in the family of Fred Beadle and Mary (Blacksmith) Beadle.

Sister attended St. Mary’s Elementary School in Scranton where she was taught by the Sisters of Christian Charity. At the age of fourteen, Sister Mara decided to attend Immaculata High School in Mendham, NJ.  Upon graduation, Sister entered the Sisters of Christian Charity and received her Holy Habit on August 21, 1944.  On August 20, 1952, Sister professed Final Vows in her Community.  Sister continued her education receiving a B.A. from Marywood, and an M.S. from Marywood in Counselor Education.

In July, 1993, Sr. Mara had the privilege of a Spiritual Renewal in Rome and Germany after which she took up residence in Holy Spirit Hospital Convent.  She served as a volunteer and assisted the Hospitality Coordinator in the hospital until her retirement in 2018 to the Motherhouse in Mendham, NJ.

Sister Mara loved life and people and always enjoyed being with others, singing her spontaneous songs, entertaining others, and just having fun with friends.  She will be greatly missed.

Sr, Mara was pre-deceased by her brothers Edward and Nicholas and by her sisters Julie, Louise, Edna, and Mimi.  She is survived by 11 nieces, 13 nephews, and many great nieces and great nephews.

In Lieu of flowers, donations may be made to the Sisters of Christian Charity. 350 Bernardsville Rd., Mendham, NJ 07945.

Share Your Memory of
Mara
Upload Your Memory View All Memories
Be the first to upload a memory!
Share A Memory