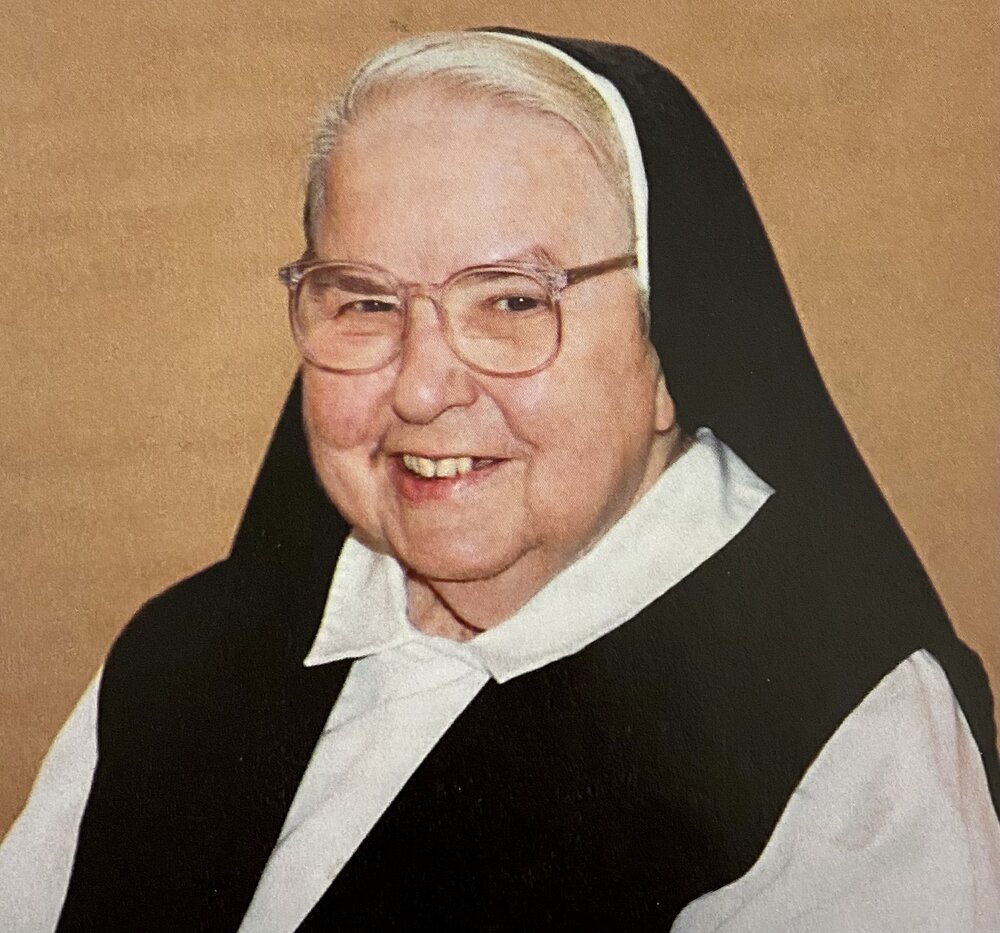 Sister Joanice Carlson, nee Margaret Carlson, Sister of Christian Charity, entered eternal life on February 21, 2022, at the Motherhouse in Mendham, NJ, at the age of 91.

Sister Joanice was born in Newark, New Jersey. on July 16, 1930, to her loving parents John and Catherine (Farrington) Carlson.  Sister was the youngest of five girls in her family.  Sister Joanice attended St. Augustine Grammar School in Newark, went on to attend McKinley Jr. High School and then Immaculata High School in Mendham, NJ.  Following high school, Sister entered the Sisters of Christian Charity in Mendham.  On August 21, 1949, in the presence of Most Rev. Bishop Thomas A. Boland, Sister professed her First Vows, and on August 20, 1955, Sister Joanice professed her Final  Vows.

Sister Joanice received a B.S. in Education and an M. A. in Education from Seton Hall University.  Sister served as a teacher in elementary schools in Pennsylvania, New Jersey, Maryland, and North Carolina, teaching every grade from 1 through 8, and also served as a principal in Newton, NJ and Greenville, NC.  Sister tutored students at Assumption College for Sisters for many years.  She had the great joy of participating in a Spiritual Renewal Program in Rome and Germany in the summer of 1998, walking in the footsteps of our beloved Foundress, Blessed Pauline von Mallinckrodt.  In 2018, Sister Joanice retired to our Motherhouse in Mendham, where she remained until the present.

Sister was pre-deceased by her four sisters, Agnes, Dorothy, Katherine, and Rosemary.  She is survived by nephews and nieces.  Their families include Tommy, Kenny, and John Watters; Buddy, Joanice, and Georgie Kiss; Eddie and Sandy Shanks; Richie, Bruce, and Peter Melton.

In lieu of flowers, donations can be made in memory of Sister Joanice to the Sisters of Christian Charity, 350 Bernardsville Rd, Mendham, NJ 07945.

Share Your Memory of
Sr Joanice
Upload Your Memory View All Memories
Be the first to upload a memory!
Share A Memory