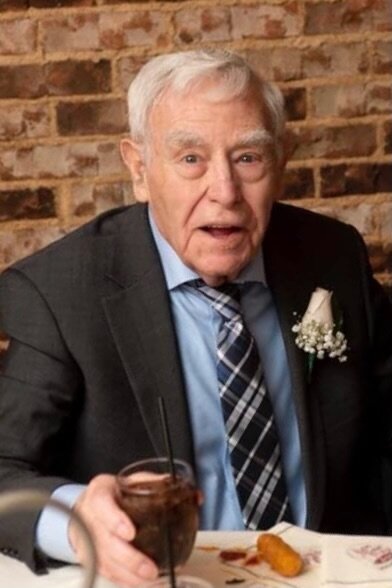 Born in St. Charles, Virginia to Charles and Audrey Hall, Bobby was raised in the beautiful countryside of South Western Virginia just north of Cumberland Gap. After graduating High School, Bobby served in the US Army during the Korean War from 1950 to 1952. After serving in the Army Bobby married the love of his life Theresa (Hall) Edwards and moved to Toledo (OH). After a few stops in Iowa and Morristown (NJ), Bobby and Theresa settled in Mendham in 1963 to raise their three children.

Bobby held various management and supervisory roles for Champion International - Dairy Pak in Morris Plains, for over 30 years before retiring in 1992.

His family will remember him as a caring husband, father and grandfather “Papaw” who dedicated his life to all of them, especially his son Stevie. Bobby enjoyed country music, wood working, family gatherings, going to ball games to watch his grandkids, and visiting old friends and relatives at reunions back in Ohio and Virginia.

Bobby is predeceased by his wife Theresa, his son Stevie, and his three siblings Francis, Shirley, and Kermit.  He is survived by his daughters; Pam Welles and her husband Larry, Robin Johnson and her husband Rich, his grandchildren Colin (Christina) Welles, Ashleigh (Curtis)Bush, Robert (Kortney) Welles, Christopher (Leigh) Welles, Logan Welles and fiancé Paige Merle, Rachel (Tyler) Cozzo and Ryan Johnson.   He is also survived by his 7 great grandchildren: Savannah, Hadleigh, Brice, Alexander, Madison, Cameron, and Gabrielle, as well as numerous nieces and nephews.

Visitation will be held Sunday February 20 from 1-4 pm at the Bailey Funeral Home, 8 Hilltop Road, Mendham.  Funeral service Monday 11 am at the Funeral Home.

Share Your Memory of
Bobby
Upload Your Memory View All Memories
Be the first to upload a memory!
Share A Memory