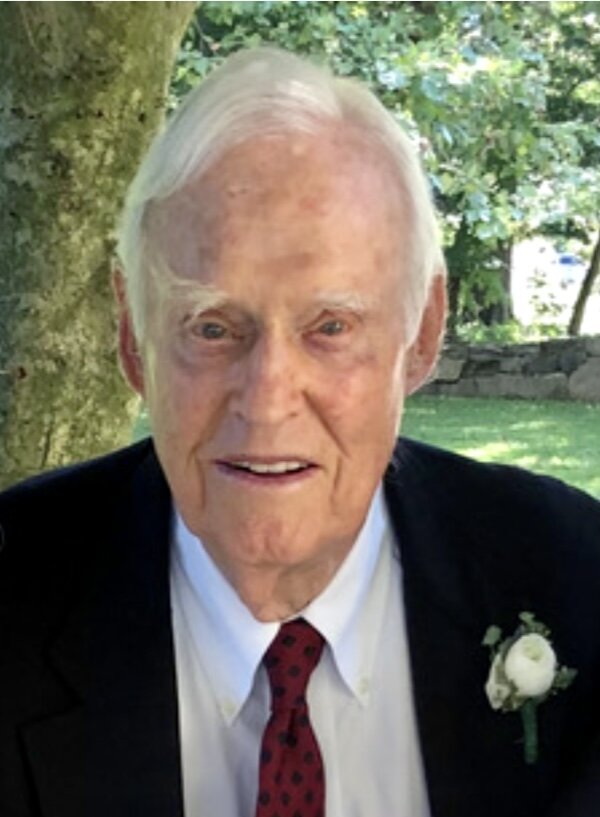 Stuart Brunet, age 92, died peacefully on January 26, th at his home in Mendham, New Jersey. He was born on October 15, 1929 to Meade and Edythe Brunet who lived on Corey Lane in Mendham. After attending The Peck School, he graduated from Groton School, Harvard College and The University of Virginia Law School. He served state-side for two years during the Korean War. After spending nearly 30 years as a vice president of the Trust Department at Irving Trust Bank, which was acquired by Bank of New York, he retired and pursued his interests in travel and the study of history, as well as civic interests including serving on the Mendham Township planning board for many years. Stuart was an avid reader and bridge player. A devoted family man, Stuart is survived by his wife of 63 years, Helen Tower Brunet, three children: Geoffrey Brunet and his wife Mary, Denver Colorado; Stuart R. Brunet, San Anselmo, California and Pamela Brunet Foster and her husband Andrew, Downingtown, Pennsylvania. Stuart and Helen are blessed with seven grandchildren and three greatgrandchildren. A memorial service will be held on Saturday April 23, rd at 11:00 at The Church of St. John on The Mountain in Bernardsville, New Jersey

Share Your Memory of
Stuart
Upload Your Memory View All Memories
Be the first to upload a memory!
Share A Memory