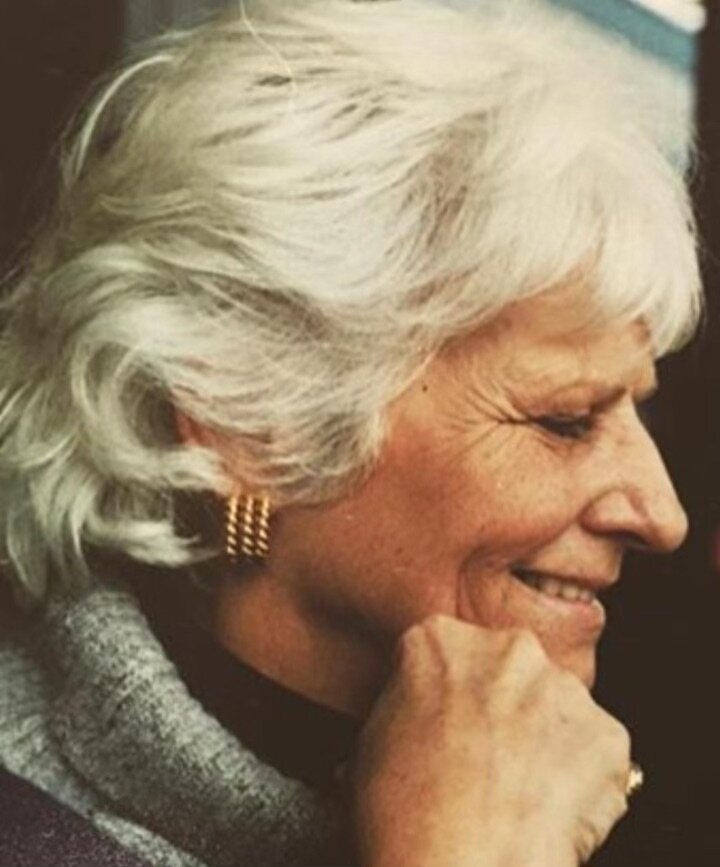 Maria Carmen Lavieri Sollitto of New Hartford passed away Thursday, December 30th, 2021 at the age of 94. She was born in Winsted on February 17th, 1927.  She was a graduate of the Gilbert School in Winsted and of St. Joseph’s College in West Hartford, class of 1949.

Voted Most Sociable by her peers at St. Joseph’s while earning her Bachelor of Science degree in Child Psychology, Maria’s “easy-going manner, kindness, and shy grin were the envy of all.” Upon graduating, Maria taught first and second grades at the Bouteiller Elementary School in Pleasant Valley and later at the New Hartford Elementary School.

In 1949, her “shy grin” caught the attention of Frank Sollitto from East Providence, Rhode Island and after his return from serving during the Korean War, the sweethearts were married in Winsted in 1954. They shared a wonderful life together, rich with the blessings of their family and many close friends.

Maria was dedicated to her New Hartford community throughout her lifetime, serving as a volunteer with Child and Family Services in the role of Chair for The Riverton Antique Show, a member of the New Hartford Women’s Club and the YTBN Club. She was a lifelong learner, a creative writer, an ardent appreciator of opera, the arts, design and fashion, a curator, and a collector. Maria owned The Hundred Antiques, an antique and jewelry business that grew from her interest in porcelain, silver and gems from Europe and Asia. In her early twenties, she was recognized by the community for her act of bravery in saving two young women who were drowning while swimming in West Hill Lake.

She will be fondly remembered for her elegance, her talents for cooking and entertaining, an insatiable curiosity, and unconditional love. Maria shared her gentle spirit and warm generosity with many dear friends. She loved her faithful dogs and the majestic woodland creatures that surrounded her cherished home, Overledge,  She imparted a selfless devotion to her husband Frank, as well as those who called her "Mom," "Mimi," and "Auntie Tippy." She was guided by her ability to believe in the goodness in others and found joy in the pursuit of life's simplest pleasures - what she considered to be the greatest gifts of all.

A private memorial service will be held later this Spring in New Hartford. Memorial donations may be made to St. Jude’s Children's Research Hospital or Shriner Hospitals for Children.

Share Your Memory of
Maria
Upload Your Memory View All Memories
Be the first to upload a memory!
Share A Memory