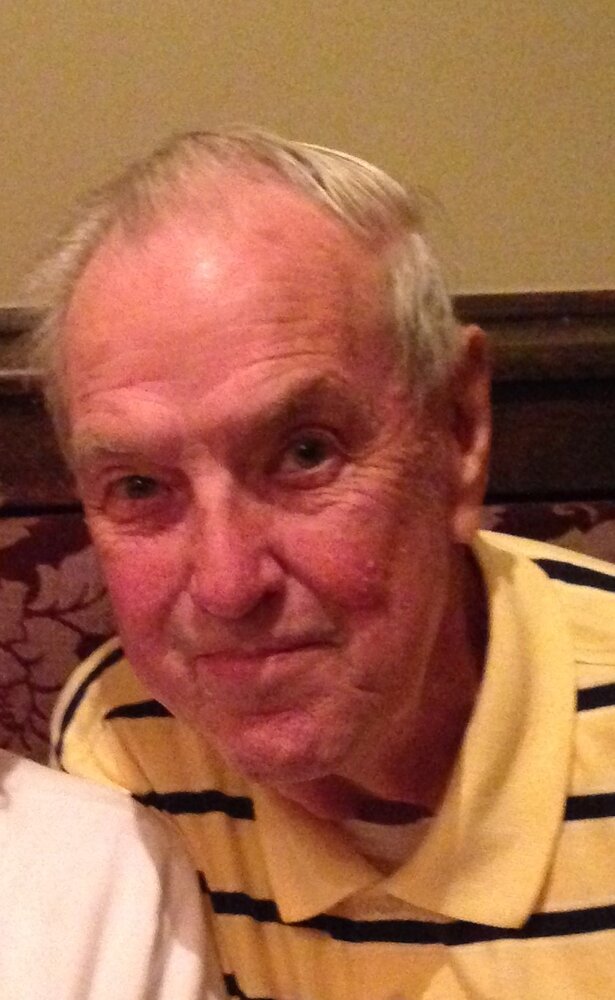 Gerard “Jerry” Dolan passed away on October 30, 2021. He was 89 years old. Jerry died at home surrounded by his family with his beloved baby "Pat the Dog" on his lap.

Jerry was born in New York, NY, to parents Joseph Patrick and Mary Elizabeth (nee Sinnott) Dolan. He grew up in Chelsea near the docks where his father worked as a longshoreman and his mother was a telephone operator. Gerry attended LaSalle Academy and then graduated from Fordham University in NY. He spent much of his early years at the family beach bungalow in Staten Island where he made many friends. It was at the beach in the summer of 1949, that Jerry met his future wife, Colleen Reilly. In 1955, Jerry and Colleen wed and immediately left for Naval Officer Candidate School in Newport RI. They briefly lived in Washington DC where they both worked at the Pentagon. Jerry was then stationed on Whidbey Island, WA where their 2 oldest children were born at the naval base. At the end of his military service they returned to Staten Island where he started his career in the banking industry, and adding 5 more children to their family.  Jerry attended the University of Wisconsin American Banking School, Jerry became the financial control officer of National Shawmut Bank of Boston, moving the family to Massachusetts for a few years. Jerry then became the Controller of First National State Bank in Newark NJ.  In 1973 Jerry and his family moved to Mendham NJ where he and Colleen became deeply involved in the community. His 7 children attended schools in town including St. Joseph’s, and all 7 children graduated from Mendham High School. He loved having his children’s friends in his home, treating them all as family. For the many friends who visited, he was fondly known as "Big G".

Jerry served on the Mendham Boro Council for 18 years and was the Mendham Borough Little League Baseball President. He was a lifetime member of the Pastime Club and helped to create the Pastime Baseball Field in town. He was a long time member of the Mendham Fire Dept and served as Fire Warden. He was an active supporter of the Morris County Right to Life. Between Mendham (St. Joseph #6462) and Staten Island (Manresa Council #1) Jerry dedicated 67 years of service to the Knights of Columbus, serving as Grand Knight. As a tribute to his service to the town, Jerry served as Grand Marshall of the Labor Day Parade, one of his favorite events of the year, and he has also been honored with a “Mendie Award” for his community involvement. As a season ticket holder for 46 years, Gerry was an avid, but frustrated Giants fan. Most importantly he was a devout Catholic and a parishioner of St. Joseph Church in Mendham where he served as a Trustee for many years.

Visitation will be held on Wednesday, November 3, from 3-8 PM at the Bailey Funeral Home, 8 Hilltop Rd, Mendham NJ 07945. A Funeral Mass will take place on Thursday, November 4, at 11 AM at St. Joseph Church, W. Main St, Mendham. Interment will immediately follow at Hilltop Cemetery, Mendham. In lieu of flowers, donations may be made to Mendham Borough First Aid Squad at PO Box 131, Mendham, NJ 07945 and Morris County Right to Life at PO Box 52, Morristown, NJ. 07963 or online morriscountyrighttolife.org

Share Your Memory of
Gerard
Upload Your Memory View All Memories
Be the first to upload a memory!
Share A Memory