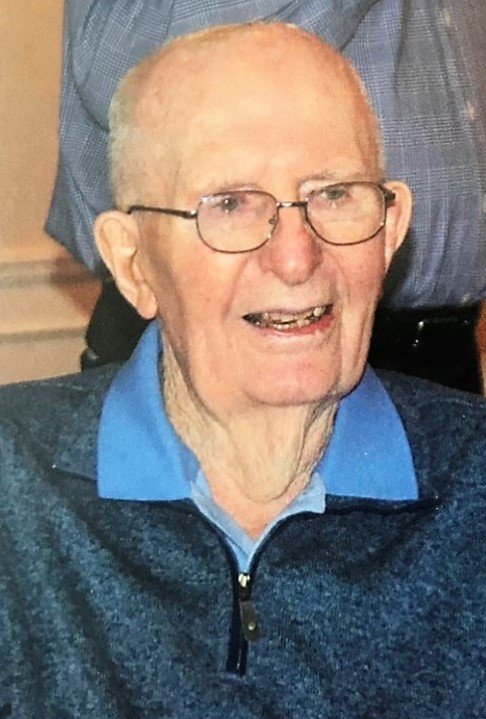 Born and raised in Worcester, MA, to parents Lawrence W. and Jane E. (O’Neil) Henry, Neil attended North High School and Cushing Academy (Ashburnham, MA). He served in Korea in the Army from 1952 to 1953, after graduating from Columbia University in 1952. Neil was partner at Red Sherman Associates in East Orange, NJ a distributor of equipment to the plastics industry. He was an accomplished businessman, who also owned and operated Plastic Machine Components in Dover, NJ.

Neil and wife Marcia moved to Whippany, NJ, before settling in Mendham in 1965. He was a devout Catholic and a parishioner of St. Joseph’s Church in Mendham for 56 years. He was very involved with his religious community and served on the Parish council, as well as assisting with youth religious education (CCD).

In his free time, Neil was a friend to many and an active member of his community. He was a member of the Mendham Township Rec Committee, served on the West Morris Regional School Board including as President and Vice President, belonged to the Mendham Golf and Tennis Club, and was a founding member of the Mendham Patriots (now known as the Twin Boro Bears), a youth athletic group. Neil also coached various youth sports including football, basketball, and baseball. He was inducted into the Morris County Youth Football League Hall of Fame and, along with his wife Marcia, was recognized with a “Mendie” for his contribution to the Mendham Community.

Visitation will be held on Monday, August 9, from 4-8 PM at St. Joseph’s Church, W. Main St, Mendham. A Funeral Mass will be celebrated Tuesday, August 10, at 10:30 AM at St. Joseph’s Church. Interment to follow at Hilltop Cemetery, Mendham. In lieu of flowers, donations in Neil’s memory may be made to the Mendham First Aid Squad, PO Box 131, Mendham NJ, 07945 or the Mendham Borough Police Scholarship Fund, c/o Mendham Borough Police 3 Cold Hill Rd South, Mendham, NJ 07945.

Share Your Memory of
Neil
Upload Your Memory View All Memories
Be the first to upload a memory!
Share A Memory