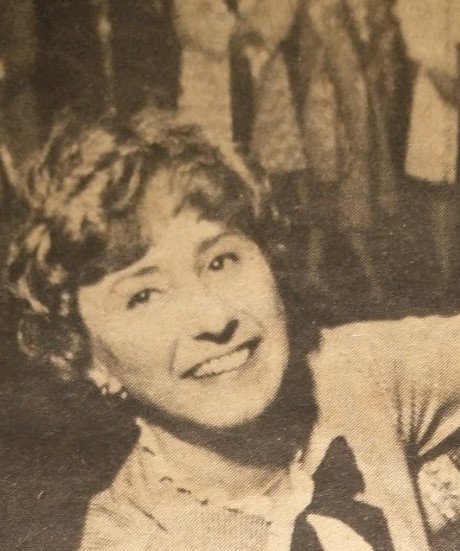 Nancy Duncan Peterson Bay, daughter of Reese Duncan and Lillian Batista Duncan died peacefully with family by her side on January 25, 2021, she was 86.  Born in Chicago, IL, a graduate of Bloom High School, she attended Illinois State and lived in Illinois until moving to NJ in 1967.  She graduated from Centenary College in 1981 with a degree in Fashion Merchandising and later worked at Macy’s.  Nancy was a longtime resident of Chester, NJ.  She was a member of Grace Lutheran Church in Mendham for 50 years and was active in the choir there for most of those years.  She was a member of the Hexagon Players community theatre group and enjoyed many years on the stage playing both lead and supporting roles.  She later became a member of the Brookside Bells and looked forward to their concerts every Christmas season.  She moved to Easton, MD in 2018 where she became part of the social scene at Hartfield’s Assisted Living, participating in activities and outings and even playing their grand piano on occasion.  Music and crafts were her favorite hobbies, but her love of music defined her.  She would spend hours singing and playing her piano.  Her voice and her joy of singing is something her grandchildren will remember forever whether it be her breaking into song spontaneously or her annual call to EVERY ONE of them to sing them Happy Birthday.

Funeral services will be held at some point in the future due to COVID.  In lieu of flowers the family asks that donations be made to St Jude Children’s Hospital, this because of her love of her ‘sweeties’, her grands and great grands.

Share Your Memory of
Nancy
Upload Your Memory View All Memories
Be the first to upload a memory!
Share A Memory
Send Flowers