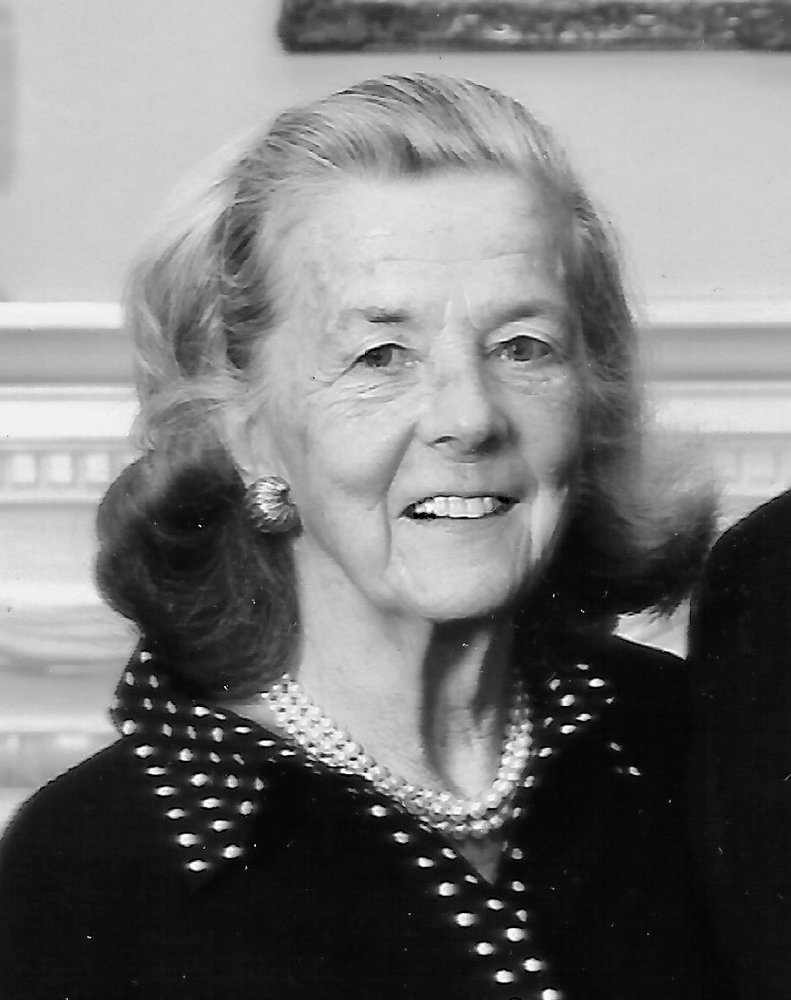 Katherine, known as Kitty to family and friends, passed away peacefully at home on January 6, 2021. Predeceased by her parents Katherine S. Douglas and Percy L. Douglas and her brother Percy S. Douglas all of New York, NY, she leaves behind Nicholas F. Brady, her husband of sixty-eight years; children Nicholas F. Brady, Jr of Atlanta, GA, Christopher D. Brady of Far Hills, NJ, Anthony N. Brady of Flourtown, PA, and Katherine Brady Cutler of Hamilton, MA and their spouses; thirteen grandchildren; three great-grandchildren; and her niece Laura Douglas Peterson and her family. She also leaves behind a throng of admirers, as everyone who met Kitty loved her.

After marrying, Nick and Kitty moved to Far Hills, NJ to raise their children. When Nick became U.S. Treasury Secretary in 1988, she embraced the demands of Washington, D.C. life with the easygoingness and energy that were her trademarks.  Kitty was a lifelong supporter of many charitable organizations wherever she lived, becoming a patron of the arts in both Washington and New York. She also established a gallery for British and American sporting art in Manhattan. However, her most extraordinary contribution was the generosity and love she showered on those around he

A lifelong lover of animals, especially dogs and horses, she was often able to combine her love of animals with her caring for people - spending a summer riding through the mountains of Kentucky assisting midwives with the Frontier Nurses of Kentucky or organizing The Jockey Club’s annual event benefiting people working in racetrack stables. While Kitty enjoyed many associations and friendships with people around the world, she never lost sight of what was most important to her: family.

Kitty’s legacy is one of kindness, openness, and grace. Living life as an adventure, she was always receptive to change while remaining constant in her devotion to her family, an inspiration for the many loved ones she leaves behind.

A memorial is planned for later in the year.

In lieu of flowers, donations may be made to the Jockey Club’s Safety Net Foundation (tjcfoundation.org) or Melissa Anne Halstead Hospice Fund (foundation.hunterdonhealthcare.org).

Share Your Memory of
Katherine
Upload Your Memory View All Memories
Be the first to upload a memory!
Share A Memory
Send Flowers