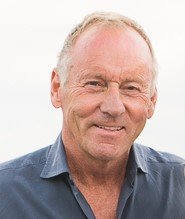 Mark W. Biedron passed away surrounded by his loving family on November 6, 2020. He was 68 years old.

Born in Plainfield, NJ, to parents Rosalie(Nicholson) and Stan Biedron. Mark is a graduate of the Pingry School, earned a BA in Business from the University of Vermont and continued his studies at the University of Colorado. Mark was Vice President of Sales and Marketing at CON-LUX Coatings, Inc. in Edison NJ, a manufacturer of Architectural and Chemical Resistant Coatings which his father had started in 1947. He worked with his father and brother for 20 years before selling the business to The Sherwin William Co. in 1995.

He co-founded Solid Wood Construction which specialized in custom crafted mortise and tenon barn homes, renovations and green buildings. He became LEED AP accredited and managed all construction of the Willow School in Gladstone, and achieved the first Living Building certification in New Jersey from the International Living Future Institute. At the Willow School he led the design of the first U.S. LEED Gold Educational Building in 2002 and the first LEED Platinum building in NJ in 2007. Mark served as a sustainability consultant for Duke Farms and managed the effort to earn the facility’s LEED Platinum Certification in 2006.

Mark had a tremendous impact on education in NJ, first as Co-Founder of the Willow School and later as President of the NJ State Board of Education, where he served from 2011-2017. A man of unfailing enthusiasm, intellect, articulateness, and compassion, Mark pursued his vision of a just and effective education for all students with determination, and gained respect and admiration from everyone in the education community with his ability to engage supporters and opponents alike with grace and savvy. His passion, leadership and ability to really listen, understand and bring people together with one goal - doing what is right for kids- came from a deep sense of responsibility and caring. Mark was always seeking to learn, to understand and to use that knowledge for the greater good. He served as co-chair of Governor Murphy’s Education Transition Team, Co-chaired the NJ Juvenile Justice Education Task Force, was a Trustee of the Social Emotional Learning Alliance for NJ, and Chair of UVM’s Rubenstein School Board of Advisors. Earlier this year he received the Governor’s Award for Outstanding Lifetime Contribution to Arts Education in NJ.

Mark was an extraordinary champion of Junior Achievement of New Jersey. As a volunteer mentor, he made thousands of students feel appreciated, heard and valued, and was adored by the entire JA staff for his kindness, sense of humor and his love for and knowledge of education.

Mark was passionate about skiing and spent his winters chasing snow and powder fields, always looking for new mountain peaks to explore. From British Columbia to the Colorado Rockies and the Wasatch Range he clocked millions of vertical feet in the backcountry. He sailed B-Cats while a member of the Bay Head Yacht Club and was an avid golfer and tennis player enjoying memberships at Baltusrol, Plainfield Country Club, Somerset Hills Country Club and The Maidstone Club.  He loved live music, the mountains, the beach, the NY Jets, and long drives in a convertible with the top down. But more than anything he loved his family.

Mark is survived by his beloved wife Christy, his children Laura, Matthew, Loring, Henry, and Rose, brother Scott (Tracey), and many nieces and nephews.

In lieu of flowers, donations in Mark’s memory may be made to Junior Achievement of New Jersey at www.janj.org, Stein Hospice at 354 Demott Ln, Somerset NJ 08873, and the ALS Association Greater NY Chapter at 42 Broadway, Suite 1724 New York, NY 10004.

A Memorial Service celebrating Mark’s life will be planned for the Spring.

Share Your Memory of
Mark
Upload Your Memory View All Memories
Be the first to upload a memory!
Share A Memory