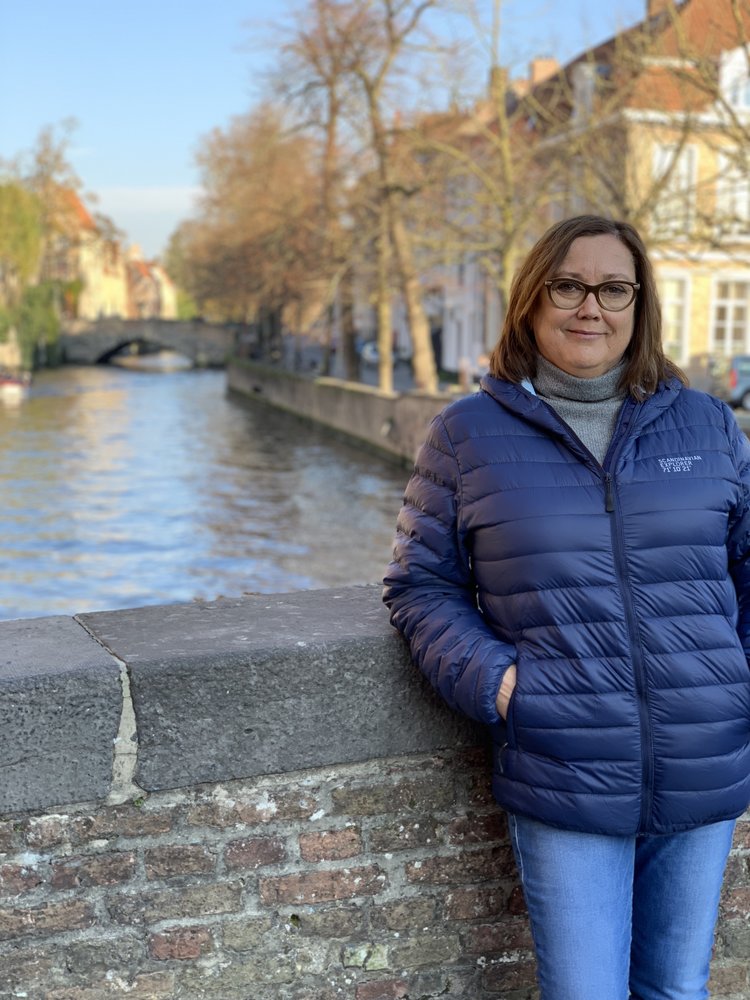 Noreen O'Doherty Cacchione passed away peacefully at Morristown Medical Center on October 30, 2020.  She was 56 years old and a longtime member of the Chester community.  While she lived in other cities, such as Los Angeles, Philadelphia, and London, Chester was always “home” to Noreen.

Noreen was born on March 18, 1964 in Morristown, NJ, to Hilda and Joseph O’Doherty.  She grew up in Chester with her siblings, Hilda, Jackie, and Joseph.  In school Noreen excelled in Math, but she was not fond of homework.  She never liked that Hilda did her homework at the kitchen table, but then as a mom, she insisted that her kids do their homework at the kitchen counter.  She attended the Chester Public Schools followed by Immaculata High School at Mallinckrodt Convent and the Academy of Saint Elizabeth for high school.  Noreen graduated from Wheaton College with a Bachelor's Degree in Political Science.

Noreen began travelling the world at a young age with many visits to family in Ireland and Canada, which sparked a passion to see the world.  She visited many countries throughout her life and was always intrigued by the varying cultures she got to experience as a result of her travels.  She was fierce about her Irish heritage, and instilled the love of her own culture in her family.

On July 31, 1993, Noreen married Tony Cacchione at The Holy Family Chapel at the Academy of Saint Elizabeth in Morristown, NJ, followed by a memorable reception at Fiddler’s Elbow Country Club.  They had  27 years pursuing their dreams together and raising two daughters, Maggie and Mary Kate Cacchione.

After a long career in corporate banking, Noreen owned and operated Northern Elite Gymnastics and Cheer where her true passion shone.  She created a second home at Northern Elite for thousands of children and young adults over the past twelve years.  Her mission was to Train Champions for Life, which will continue to be honored by her family, staff, and athletes as they carry on her legacy.  She was always proud of her athletes, calling them each a “rockstar” when they had an accomplishment to celebrate.

During her first year at Northern Elite, Noreen guided her athletes to create a fundraiser for Children’s Specialized Hospital of NJ that turned into a ten-year annual tradition resulting in over $200,000 raised.  The annual “Miracles” Benefit Show was named the “Most Fun Fundraiser” at the CMN New Jersey Summit in 2019, where Northern Elite was also named the top local partner for CMN New Jersey.

Noreen always put others first and encouraged everyone around her to do the same.  She inspired so many to be the best versions of themselves and pushed all those she knew to grow and develop. While she believed that you should help others as often as possible, she also taught that “if you need a helping hand, look to the end of your arm.”

Nothing made Noreen happier than some sunshine and a water view with a glass of Prosecco, especially if friends and family were involved.  She loved a good driveway party and very rarely was willing to share the grilling responsibilities.  Experiencing new foods and visiting her favorite restaurants were weekly highlights for Noreen.

In lieu of flowers, donations to Children's Miracle Network - Children’s Specialized Hospital of NJ in Noreen's memory would be appreciated. You can visit here to make your donation in her memory.

Due to the Covid-19 executive orders please be mindful that all gatherings must follow strict capacity limitations.  At the visitation we kindly ask that you pay your respects and be mindful of the time to give others an opportunity to do the same. The Mass will be closed to family only.  Face coverings are required inside all buildings.

Share Your Memory of
Noreen
Upload Your Memory View All Memories
Be the first to upload a memory!
Share A Memory
Send Flowers