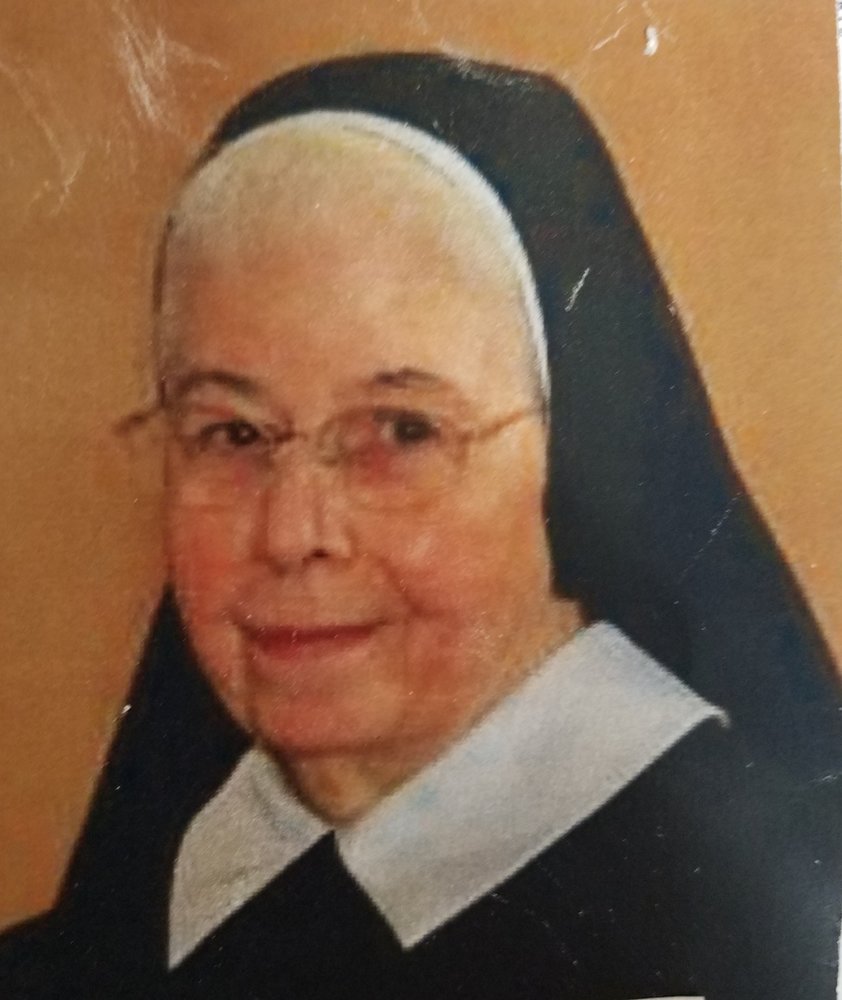 October 15, 2020 at the Motherhouse in Mendham, New Jersey.  Sister Pierre died at the age of 98. Born in Baltimore, Maryland on November 2, 1921, Sister Pierre was the daughter of Louis and Mary(Kotmair) Koesters.

Over the years Sister labored in the field of education in both grade schools and high schools in Pennsylvania and New York.  By 1967 Sister Pierre was elected as a Provincial Superior in South America until her election as Superior General of the entire Congregation from 1978-1989 residing in Rome.  Sister then returned to Montevideo, Uruguay as Superior of the Motherhouse until 1994 after which she returned to the Motherhouse in Mendham, New Jersey as Province Archivist/Historian until her retirement.

Sister Pierre is survived by her niece, Margaret, and nephews, William and Michael, all of Maryland.

Viewing will be private in the Motherhouse on Monday, October 19, 2-4 PM with Evening Prayer with the Sisters at 7PM.

Liturgy of Christian Burial will be live streamed on the website: scceast.org on Tuesday, October 20, at 11AM from the Chapel of Mary Immaculate at the Motherhouse in Mendham.  Interment in Holy Cross Cemetery on the Motherhouse grounds will follow the Liturgy.

In lieu of flowers, donations in Sister’s memory, can be made to the Sisters of Christian Charity, Mendham, New Jersey.

Share Your Memory of
Sr. Pierre
Upload Your Memory View All Memories
Be the first to upload a memory!