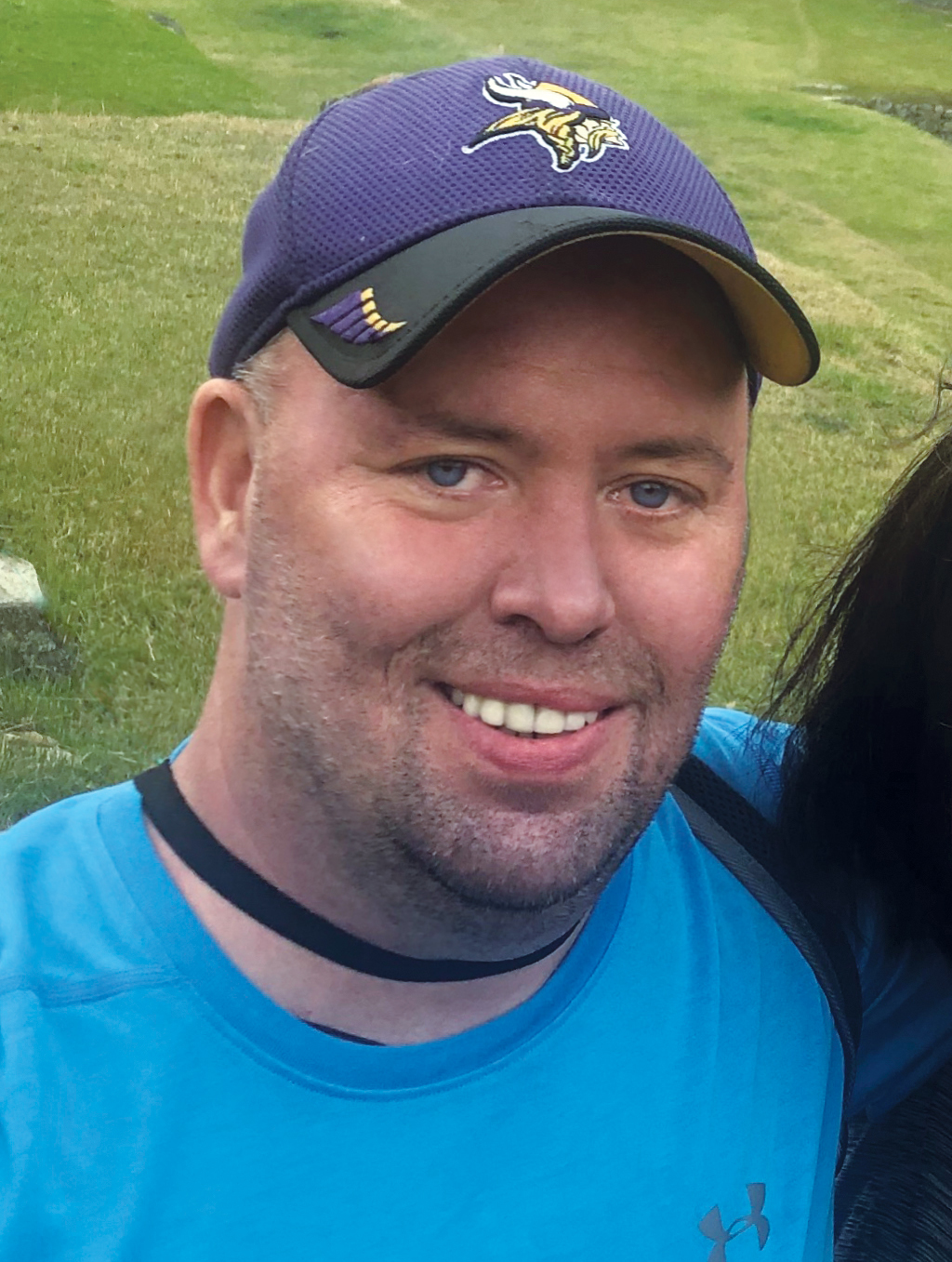 Keith Johannesen suddenly and unexpectedly passed away on September 6, 2020. He was 49 years old.

Born in West Islip, NY, to parents Arthur and Marit (nee Stensland) Johannesen, Keith grew up in West Babylon, NY. He would later move to Bedminster, NJ after meeting the love of his life Sarah. They would marry in 2005, and finally settle in Gladstone, NJ, in 2008.

Keith was a member of the Peapack-Gladstone Fire Company. He worked as a metal fabricator for Rath Gibson in Branchburg and later at New World Stainless, LLC.   Keith was an avid Minnesota Vikings fan and became an avid Villanova Basketball fan after meeting Sarah.  Keith was larger than life and always had a smile on his face.  Keith loved nothing more than to travel with Sarah- they were fortunate to travel all over the globe and experience many different cultures together.  Keith was very proud of his Norwegian heritage and loved anything Viking related. Keith also loved his Ford Mustang which was affectionately known as “Red Dragon”.

Keith is predeceased by his mother, Marit Johannesen, and his brother, Thomas Johannesen. He is survived by his loving wife of 15 years, Sarah Johannesen and their two dogs, Bailey and Khalua.  Keith also leaves behind his father Arthur, and his wife Daria and his nephew, Sean.   He also leaves behind his brother-in-law Gregory, whom he described as his brother, as well as his parents-in-law John and Elizabeth, whom he treated as if they were his own parents. In addition to his many cousins and countless close friends- too numerous to list, he leaves his nephew John, and niece Abigail.

Visitation will be held on Sunday, September 13, from 1-5 PM at Bailey Funeral Home, 176 Main St, Peapack NJ. A Funeral Service will take place on Monday, September 14, at 10:30 AM at St. Brigid Church, 129 Main St, Peapack NJ. Keith will be laid to rest with his mother and brother following the funeral service at Ocean View Cemetery in Staten Island, NY, around 1 PM. In lieu of flowers, donations in Keith’s memory may be made to the Peapack-Gladstone Fire Company, 6 Dewey Ave, Gladstone, NJ 07934, or to Home For Good Dog Rescue in Berkeley Heights, NJ, or to Sean Johannesen (to be deposited into a 529 account that was set up after Thomas’ death)

Share Your Memory of
Keith
Upload Your Memory View All Memories
Be the first to upload a memory!
Share A Memory
Send Flowers