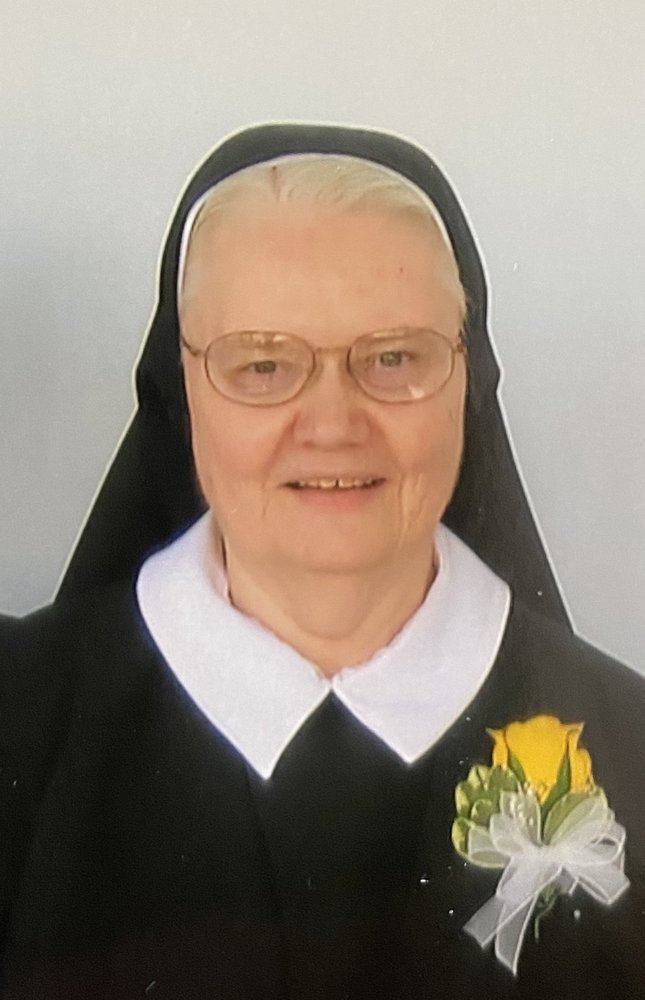 Born in Jersey City, New Jersey Sister Rose William was the daughter of Rosemary (Flynn) and William Fallon. Sister entered the community of the Sisters of Christian Charity on September 4, 1957. She made her First Vows on August 21, 1960 and her Final Profession of Vows on August 20,1966.

Over the years Sister labored in the field of Catholic school education both as an elementary school teacher in  Philadelphia at Our Lady Help of Christians and also as a secondary school teacher and Department Chair at West Catholic High School in Philadelphia.  For two years she cared for her elderly Mother at home and later was missioned in 1992 as Administrative Secretary at Holy Spirit Hospital, Camp Hill, Pennsylvania. In 2011 she moved to Holy Family Convent, Danville to recuperate after an injury and then remained there until she moved to the new Motherhouse in Mendham in May, 2018.

Sister Rose William is survived by her sister, Sister Adrienne Fallon, OP of Caldwell, NJ and was pre-deceased by her parents and brother, Father William J. Fallon.

Private Liturgical Service will be celebrated on Thursday, July 9th at 11AM at the Motherhouse, Mendham, New Jersey followed by interment in Holy Cross Cemetery on the Motherhouse grounds.

In lieu of flowers, donations in Sister’s memory can be made to the Sisters of Christian Charity, Mendham, New Jersey.

Share Your Memory of
Sr. Rose
Upload Your Memory View All Memories
Be the first to upload a memory!