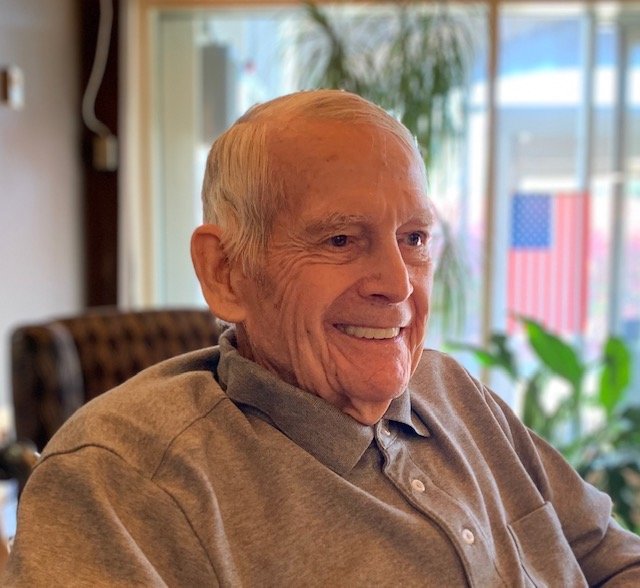 Born September 14, 1923, in Wilkes Barre, PA to the late Charles and Elizabeth (Gallagher) Collins. He attended Coughlin High School.  When he was 19 years old he enlisted in the US Army to serve his country in World War II.  He was trained as a paratrooper, and for the next three years he served with the 127th Engineer Battalion in the 11th Airborne Division, traveling throughout in the US, Philippines and Japan.  He was a recipient of the Good Conduct Medal, Philippines Liberation Ribbon with 1 Bronze Star, American Theater Service Medal, Asia – Pacific Service Medal with 1 Bronze Star, and the Victory Medal.  Bob was a proud member of our The Greatest Generation.

Upon leaving the Army, Bob attended Bucknell University and received his Bachelors Degree in Mechanical Engineering.  He had a very successful career working for Shippers Car Line, ACF, Allied Chemical and General Chemical.  He traveled the country inspecting railroad cars and with his keen knowledge of their working was part of two teams which held patents for railcar design.

He married Marie Frances Quinn in 1956.  They lived in South Orange and Fanwood, NJ before settling in Mendham in 1971 to raise their family.  Bob was an active member of American Society of Mechanical Engineers, 11th Airborne Association – Life Member, St. Josephs Church, Knights of Columbus, Mendham Borough Fire Department and a past president of the Mendham Pastime Club.

Bob was a resident of the Holly Manor Center for the past four years, and the Collins Family would like to thank the staff for their care and compassion during his residency.  In lieu of flowers, the family asks that donation be made to The Pastime Club or Mendham Volunteer Fire Department, two organizations that were very dear to Bob’s heart.

Due to the current COVID-19 pandemic, the family will hold a remembrance celebration at a later date.

Share Your Memory of
Robert
Upload Your Memory View All Memories
Be the first to upload a memory!