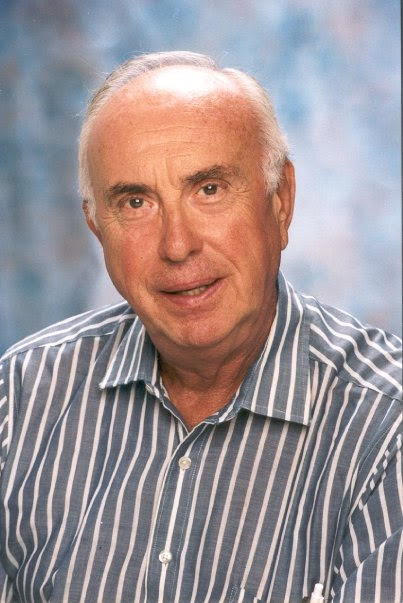 William F. “Bill” Griffith, Jr. passed on April 20, 2020, a few days shy of his 92nd birthday, due to complications from the corona virus.

Bill was born in Pearl River NY on April 23, 1928. A patriot, he served his country during the Korean War in the United States Army, 160th Infantry Regiment, 40th Infantry Division where he received the Bronze Star and Combat Infantry Badge.

Returning to Pearl River New York after his service, Bill married his beloved Lillian, and started a travel agency that became his lifetime family business - Perillo-Griffith Travel Service, later named Lillian’s Cruises and Tours. While a travel agent, Bill was also very active in his community, including a run for NY State Senate in 1960s, Chairman of the Conservative Party of Rockland County NY and a Republican Party District Chairman from the early 1950s, founding member and 25 year volunteer of the Peal River Volunteer Ambulance Corps, long-time member and past-president of the Pearl River Rotary Club. He was elected to Rockland County Town Council, which brought him the honor of being a Police Commissioner. Bill also established the Orangetown NY Recycling program and managed it during its inaugural years.

Bill and Lillian later moved to Grandview-On-Hudson NY, then relocated to Beaufort, North Carolina in 2001.

Bill loved life, loved his home town of Pearl River, loved all his brothers, sisters, kids, grand kids, great grandkids and  his employees; customers and friends near and far, of which he had many.

A memorial service celebrating his life will be organized at the Good Shepherd Church in Pearl River at a later date.