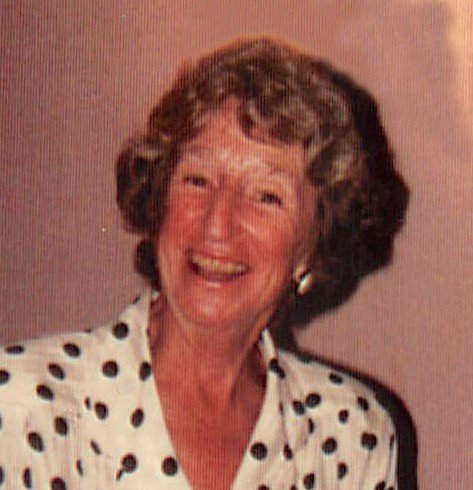 Born March 21, 1924 in Newark, NJ, to parents Stuart Adams and Eleanor (nee McCarter) Young, Mary was the only daughter out of the four Young children. She attended Miss Porter’s School in Farmington, CT, and the Katherine Gibbs School in New York City. She made her debut at the New York Junior Assemblies in December 1942.

Mary was a resident volunteer nurse’s aide at Ashford General Hospital in White Sulphur Springs, West Virginia. She later served in France and Germany as a Red Cross club-mobile assistant from 1945 to 1946. It was in Germany that she met her soon-to-be husband, Eugene W. Mason Jr., who was in the United States Army and a Major in the field artillery. Later that year, they were married in Rumson, NJ. The Masons then moved to Holyoke, MA, where Eugene was Vice President and Treasurer of Livingston Worsted Mill, which was founded by his great grandfather. When the mill was sold in 1965, the Masons moved back to New Jersey and settled in Peapack.

Mary was a natural athlete and demonstrated a zest for life. She enjoyed spending her time being active in the community. She was an avid champion tennis player and a member of Somerset Hills Country Club. Later in life, she took up golf and made a hole in one her first time on the course. Her pastimes also included fly fishing, skeet shooting, paddle tennis, skiing, sailing, and playing bridge. Mary was a member of numerous clubs, including the Colony Club in New York City, The National Society of The Colonial Dames of America in New Jersey, the Garden Club of Somerset Hills and the Visiting Nurse of Somerset Hills. She was a parishioner of St. John on the Mountain and served on the Vestry and Altar Guild. Mary enjoyed travelling and made her way to Canada and Scotland for fishing trips, as well as to Harbor Island in the Bahamas. She often attended the opera, the Philharmonic or the theater in New York City at least once a week. She was “the Hostess with the Mostest,” always entertaining, elegant, and was once described by a family member as “the granddame in our family home while still being humble and devilish with those around her.”

Mary is predeceased by her parents, Stuart and Eleanor Young, her husband, Eugene W. Mason Jr., and her son Eugene W. Mason IV. Mary was the granddaughter of Mr. And Mrs. Henry Young of Newark, N.J. and Mr. and Mrs. Robert H. McCarter, of Rumson, NJ. Mary’s maternal grandmother was Mary Bouvier Peterson McCarter. Her husband was Robert H. McCarter who was in the same class as Woodrow Wilson at Princeton class of 1879. Robert practiced law in Newark at the firm McCarter and English and was Attorney General of the State of New Jersey. The Hall-Mills murder case in New Jersey brought him some legal fame. His brother Tom McCarter was also Attorney General of New Jersey but resigned from his post to found The Public Service Electric and Gas Co. in New Jersey. Robert took over the position and served a term of 5 years. Mary's father Stuart A. Young was also a lawyer in Newark. His older brother Harry Young, a lawyer, married Alice Ballantine whose family owned a large ale and beer company in Newark. She is survived by a brother James Kent Young of Centreville, Maryland, her daughter Mary M. Johnson and Frank E. Johnson of NY, NY, and granddaughter Christina M. Johnson of Natick, Massachusetts.

A funeral service will be held on Saturday, February 8th, at 10 AM at St. John on the Mountain Church, 379 Mt Harmony Rd, Bernardsville, NJ 07924. There will be a private service for family members at St. Bernard’s Cemetery, Bernardsville. In lieu of flowers, donations in Mary’s name may be made to St. John on the Mountain Church, and Miss Porter’s School, 60 Main St, Farmington, CT 06032.

Share Your Memory of
Mary
Upload Your Memory View All Memories
Be the first to upload a memory!
Share A Memory
Plant a Tree