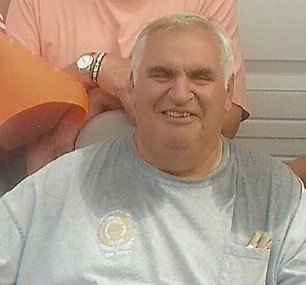 Born in Peapack, NJ, to parents Patsy and Mary (nee Pacilio) Dante, Leonard grew up in Peapack and lived in Pottersville before moving to the New Jersey Fireman’s Home in Boonton in 2001. He founded, owned, and operated his own company, LJ Dante Excavating, out of Peapack, NJ for over 40 years.

Lenny served the Pottersville Fire Company for 49 years, and served as Chief of the department from 1976-1978 and was President during his time with the Department. He was an integral part of the department for many years. Lenny, and a handful of past chiefs started the North Jersey Tanker Task Force. When he wasn’t serving his community, he enjoyed hunting and golfing and time spent with his family.

Lenny is predeceased by his parents, his brothers Thomas and Anthony Dante, and his sister Mildred Dante. He is survived by his son, Patrick Dante of Pottersville, former wife, Jennifer, and brothers Robert Dante of Chester, Augustus Dante of Neshanic Station, Pat Dante of Bridgewater, and Joseph Dante of Washington.

Visitation will be held on Thursday, December 5, from 4-7 PM at the Bailey Funeral Home, 176 Main St, Peapack NJ 07977.  A Funeral Mass will be celebrated at St. Brigid Church, 129 Main Street, Peapack on Friday, December 6, at 10 AM, followed by a burial at Holy Cross Cemetery, Basking Ridge. In lieu of flowers, donations may be made in Lenny’s name to the Pottersville Volunteer Fire Company, PO Box 98, Pottersville, NJ 07979 or the NJ Fireman’s Home 565 Lathrop Ave, Boonton, NJ 07005.

Share Your Memory of
Leonard
Upload Your Memory View All Memories
Be the first to upload a memory!