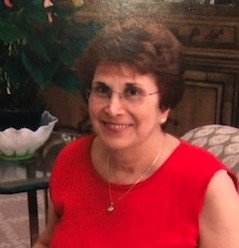 Born in Hillside NJ to John and Sophie Garon, she was raised in Johnsonburg, NJ and Lived in Long Island, Chester, Morris Township and Harding Township NJ before moving to Montville 5 years ago.

She received her Bachelor’s and Master’s Degree from the College of St. Elizabeth in Convent Station.

Joan worked at Allied Signal in Morristown for several years and was also a Human Resources Manager for AT&T for years before retiring in 2008.  In her early years she worked for American Airlines where she met her husband Paul.

A strongly independent person, her family will remember her as a loving wife and mother.

She was predeceased by her parents and her brother Carl Garon.

She is survived by her husband Paul S. Ostrowski, her son Paul J. Ostrowski and Daughter-In-Law Gina of Little Falls, her daughter Elise Ostrowski of Dover and her 4 grandchildren Thomas and Jordan Smith and Stella and Cecelia Ostrowski.

Visitation will be held on Monday from 2-4 & 7-9pm at the Bailey Funeral Home, 8 Hilltop Rd., Mendham.  Funeral Service Tuesday 10:30am in the Funeral Home.  Interment Pleasant Hill Cemetery, Chester.  For those desiring, donations to a charity of your choice in her memory, would be appreciated.

Share Your Memory of
Joan
Upload Your Memory View All Memories
Be the first to upload a memory!