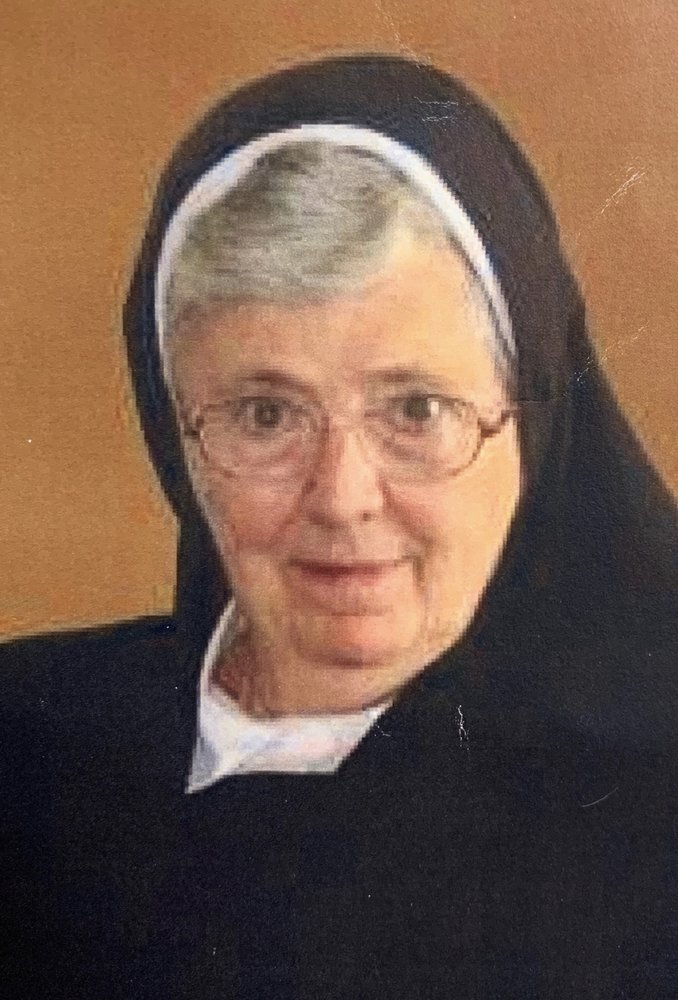 Sister entered the community of the Sisters of Christian Charity on September 4, 1957. She made her first vows on August 21, 1960 and her Final Profession of Vows on August 20, 1966.

Over the years, Sister labored in the field of Catholic school education as a secondary school teacher and librarian in Catholic Schools in Pennsylvania and New Jersey. In her later years, she was a Pastoral Care Patient Visitor at Holy Spirit Hospital, Camp Hill, Pennsylvania. For health reasons she transferred to Holy Family Convent in Danville, Pennsylvania in 2006 until she moved to the new Motherhouse in Mendham in May 2018.

Sister Paula Marie is survived by the Sisters of Christian Charity, her sister Jeanne of Santa Barbara, California, and her two brothers, Paul of Williamsport, Pennsylvania, and Thomas of Danville, Pennsylvania.

Viewing at the Motherhouse will be on Wednesday, October 23, 2-4 PM with Evening Prayer at 7 PM.

Liturgy of Christian Burial will be celebrated on Thursday, October 24 at 11 AM in the chapel of Mary Immaculate at the Motherhouse in Mendham. Interment in Holy Cross Cemetery on the Motherhouse grounds will follow the Liturgy.

In lieu of flowers, contributions to the Sisters of Christian Charity in Sister’s memory would be grateful appreciated.

Share Your Memory of
Sr. Paula
Upload Your Memory View All Memories
Be the first to upload a memory!