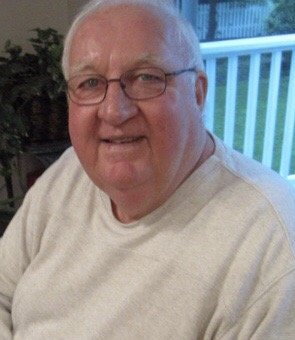 George W. Kluetz passed away on June 14, 2019 at Morristown Medical Center due to complications from Lymphoma.  He was 81.

Born in Germany, George came to the U.S. in 1952. The Brundage family in Long Valley sponsored and employed his family. Growing up, he and his sisters spent much of their youth working on farms, and George often credited his work ethic and love of animals to this time in his life.

George graduated from Hackettstown High School in 1957 and joined the Washington Township Police Department in 1964. He played an important role in the growth of the police force and was elevated to Police Chief in 1971.  He served as Chief until his retirement in 1995, and maintained a proud connection with law enforcement and the community he served until his death.

For most of his adult life he was a public servant and an able leader, who knew most people in town by name. He had a great warmth and sense of humor, was balanced and levelheaded, and a very charismatic speaker. He made it a point to treat people with respect, regardless of their position, and was valued as a confidant and advisor to many. He was known for his ability to make you feel like the only one in the room, listening and offering advice on issues great and small, with genuine curiosity, a big heart and an open mind. He had a huge presence in the community, was one of a kind, and he will be dearly missed by his many friends and family.

He is survived by the love of his life Clare Kluetz (nee Allen), two sons; James Kluetz and his partner Joe of Florida, and Dr. Paul Kluetz and his wife Brett of Maryland, one daughter Stephanie Wolfe and her husband Kevin of Connecticut, one step son Adam Schuler and his wife Donna of Florida, and one step daughter Cynthia Schroeder and her husband Gary of Florida.  He is also survived by two sisters Gisela Wemple of New Hampshire and Barbara Heller of Massachusetts and his 10 grandchildren and 3 great grandchildren.

Share Your Memory of
George
Upload Your Memory View All Memories
Be the first to upload a memory!