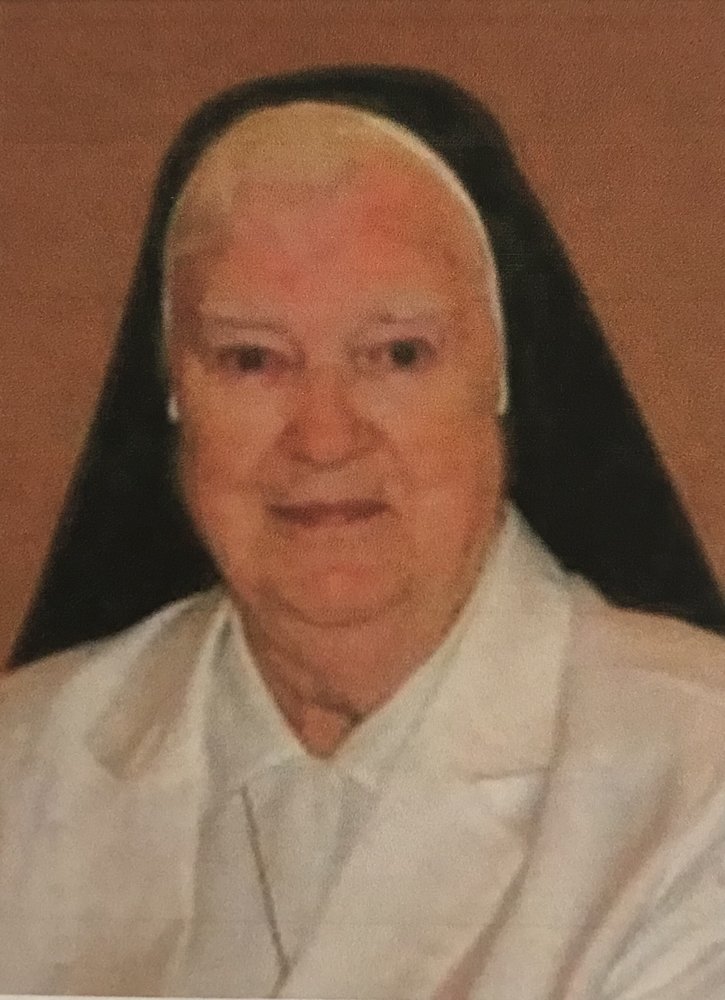 Born in Philadelphia, Pennsylvania, Sister Marjorie was the daughter of Margaret (Brennan) and Charles Druding.  Sister entered the community of the Sisters of Christian Charity on August 27, 1942 and her Final Profession of Vows on August 20, 1948.

Her other ministries included Director of Religious Education in parishes in the Diocese of Paterson and Archdiocese of Newark as well as Pastoral Care work and clerical help in the finance office at Holy Spirit Hospital in Camp Hill, Pennsylvania.

Over the years she also served as local superior in several convents as well as Director of Vocations.  Following her many years of apostolic service, Sister transferred to Holy Family Convent in Danville, Pennsylvania in 2017 until she moved to the new Motherhouse in Mendham, New Jersey in May 2018.

Sister Marjorie is survived by her nieces, Rita Gallagher and Ann Mangan and her nephew, Dan Larkin.

Liturgy of Christian Burial will be celebrated on Saturday, October 13, 2018 at 11am in the chapel of Mary Immaculate at the Motherhouse in Mendham.  Interment in Holy Cross Cemetery on the Motherhouse grounds will follow the Liturgy.

In lieu of flowers, donations in Sister’s memory can be made to the Sisters of Christian Charity, Mendham, New Jersey.

Share Your Memory of
Sr. Marjorie
Upload Your Memory View All Memories
Be the first to upload a memory!