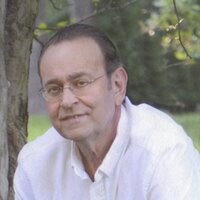 Gary Albert Bossert passed away on November 7, 2022 after a 38 year long health battle that started with the onset of kidney disease. He was 57 years old.

Gary was born on April 23,1965 in Somerset, NJ, to parents Albert and Mary Ann (Viglionese). Gary grew up in Martinsville and Bridgewater where he attended Bridgewater East High School. He graduated with an engineering degree from Lafayette College in 1987 and was employed as an engineer at his family’s company, Camptown Tool & Die, for roughly 25 years.

Anyone who knew Gary knows that he loved cars and everything to do with them — racing cars, car shows, car collecting, and time spent in the garage tinkering and rebuilding. He was a member of several car clubs such as the BMW Car Club of America, the SCCA, the Porsche Club, and others. Gary made many lifelong friends through his love of cars and enjoyed going to the racetrack with some of them. His favorite travel destination was the Nürburgring in Germany where he was fortunate to visit numerous times.

Interestingly enough, Gary met his wife Kara at a BMW car event at Limerock Park in 1994. They moved to Tewksbury after marrying in 1995 before relocating to Mendham nine years ago with their family.

Gary was a big New York Yankees fan and enjoyed attending and watching games with family and friends. Gary also loved animals and being with his seven Golden Retrievers over the years brought him a lot of joy.

However, first and foremost, Gary loved time with his family and his most important role was as a loving father to Elise and Gary Jr., and husband to Kara. Gary enjoyed spending summers at the Jersey Shore and several trips to Disney World with the children when they were young. Then in later years, they embarked on family road trips throughout Europe and the Southwest.

Gary will be remembered by all as a kind, caring, loyal, stand-up man with a positive outlook despite his decades long health struggles. His strength was truly remarkable in the face of adversity.

Gary is survived by his wife of 27 years, Kara Bossert, daughter Elise Bossert, 24, son Gary Bossert Jr., 20, and parents Albert and Mary Ann Bossert who all loved him very much.

Visitation will be held on Friday, November 11, from 4-8 PM at the Bailey Funeral Home, 8 Hilltop Rd, Mendham, NJ. A funeral service and entombment will take place on Saturday, November 12 at 12:30 PM at the Somerset Hills Memorial Park Chapel, 95 Mt Airy Rd, Basking Ridge, NJ. A repast luncheon will be held immediately after at The Ridge, 300 N Maple Ave, Basking Ridge, NJ.

In lieu of flowers, donations in Gary’s memory may be made to the National Kidney Foundation by visiting kidney.org/donate, or the Sharing Network by visiting sharingnetworkfoundation.org.