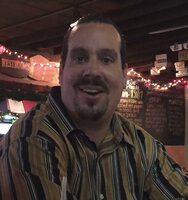 It is with great sadness that the Laurano family announces the passing of David John Laurano on December 10, 2021. He was 48 years old.

Born in Livingston, NJ, to parents Roger and Margaret (Loughry) Laurano, David grew up in West Orange before moving to Mendham with his family in 1983. He called Glen Gardner home, and has resided there since 2008.

David loved Mendham and served his community in many meaningful ways. He was a member of the Mendham Borough Fire Department for many years. David took pride in donating his time to support the community and in recent years, the annual Brookside Clambake.

He owned and operated Mendham Concierge for over 20 years, assisting many Mendham families every day. When he wasn’t working hard, David enjoyed being with his family and friends, caring for his dogs Teddy and Cooper. David loved spending time at the beach in Long Island, river tubing with friends and was loved and will be missed by so many.

David is predeceased by his father, the late Roger Laurano, and is survived by his mother, Margaret Laurano, brother Michael (Marsha) Laurano and nieces Madison and Quinn Laurano. He was adored by his many aunts, uncles, and cousins in New Jersey and throughout Canada. These people as well as many friends and Mendham residents will miss him dearly.

A funeral service will be held on Saturday, December 18, at 1:30 PM at the Bailey Funeral Home, 8 Hilltop Rd, Mendham NJ. Visitation will immediately follow the service from 2:30 PM to 4:30 PM at the Bailey Funeral Home. In lieu of flowers, donations in David’s memory may be made to an animal rescue of your choice, but David would have been just as pleased by spontaneous acts of kindness and generosity to anybody less fortunate.